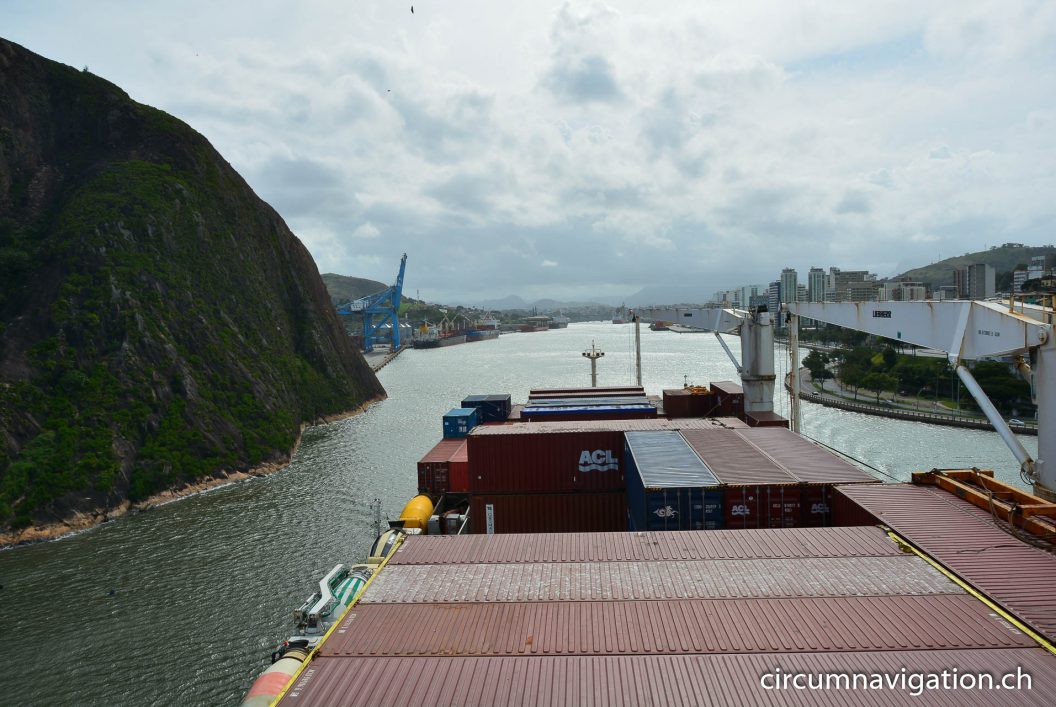 On November 5, 2017, we were supposed to leave Vitorià, our first stop in Brazil, heading for Rio de Janeiro. But today is 6.11.2017 and the Grande Amburgo is still moored in the harbor. By now about 100 Porsches and Volvos have been unloaded, which we took on board in Hamburg. But what is the saying «And first, it turns out differently than secondly, as you think!» And so it was here.

The day before yesterday evening we were in the port of Vitorià, the captain rushed past us. We thought he was going to make a shore leave. He did that too; but instead of the next Churrasceria, he hurried with a crew member to the nearest hospital. As we learned only the next day, the captain has prostate problems. It came, as it had to come and they kept him right in the hospital where he is now. And we are anchored in the port of Vitorià. Quite simply for the reason that the port authority without captain will not let us out. Grimaldi is in the process of finding a new captain for our ship – we all hope that it is not Stettino who set the Costa Esmeralda, a cruise ship off the Italian coast, on the rocks and then land first and then brought to safety.

Tomorrow, the new captain should arrive and then we – we hope – still lift the anchor. We are curious what awaits us until we dock in Montevideo and can drive our cars off the ship.