IN THE TRACK OF SHACKLETON 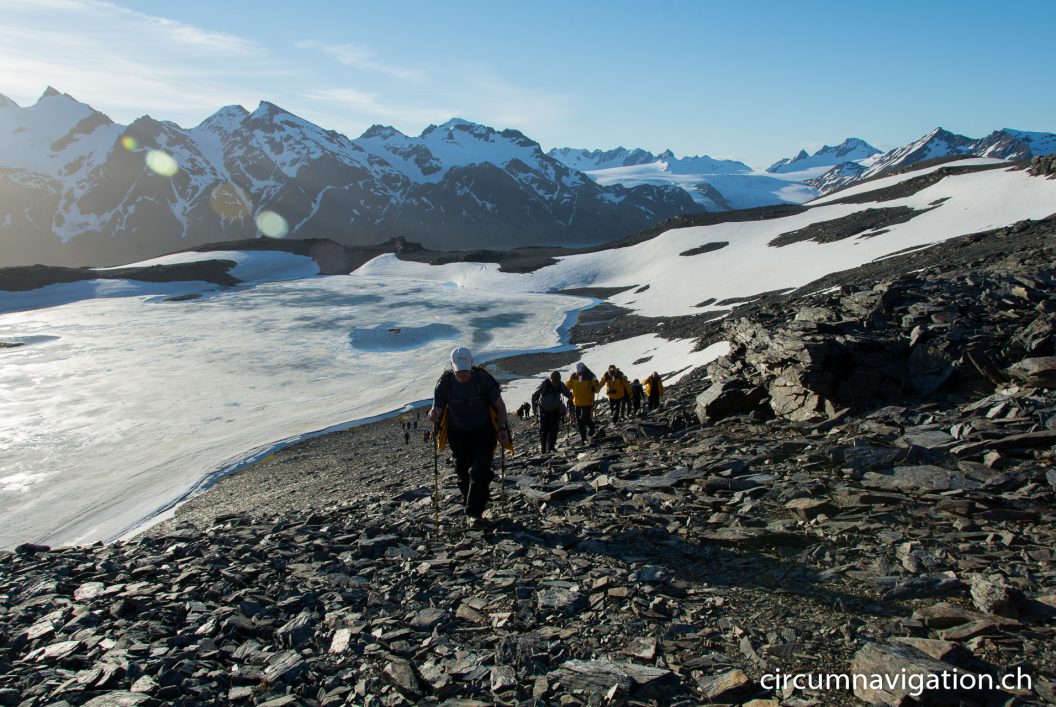 6th December 2018, aboard the Ocean Adventurer, South Atlantic: Sir Ernest Shackleton will be remembered by posterity as the man who knew how to rescue his crew despite the most unfortunate circumstances. His Antarctic expedition ended in November 1915 when his ship, the Endurance got stuck in pack ice, crushed and sank.

Shackleton and his men saved themselves on big, floating ice floes until he finally landed on Elephant Island. There he soon realized that he had to actively seek help. He sailed with five men aboard a converted lifeboat some 800 miles through the stormy South Atlantic to South Georgia. Without Worsley, captain of the Endurance, who knew how to deal with a sextant and was on board, the men would never have reached their destination. After 17 days, they reached South Georgia. On this island were at that time whaling stations of the Norwegians; one of them in Stromness. That, however, was on the other side of the island, where Shackleton landed with his men. To get there, they had to cross the island and glaciers.

The last (and simplest) leg of the trip is now part of the tour operator’s excursion program, traveling with their guests to this very remote area of the world. It is known as Shackleton Walk. On 2nd December 2018 we were set ashore with Zodiacs in Fortuna Bay. From there we hiked in Shackleton’s tracks to Stromness, where we arrived four hours later. The Zodiacs brought us back to the ship, which was anchored in the bay. Here ended our «adventure». Unlike Shackleton’s epic journey, it will not go down in history. But unlike him and his men, on board the Ocean Adventurer we were served an excellent dinner with wine à discrétion …