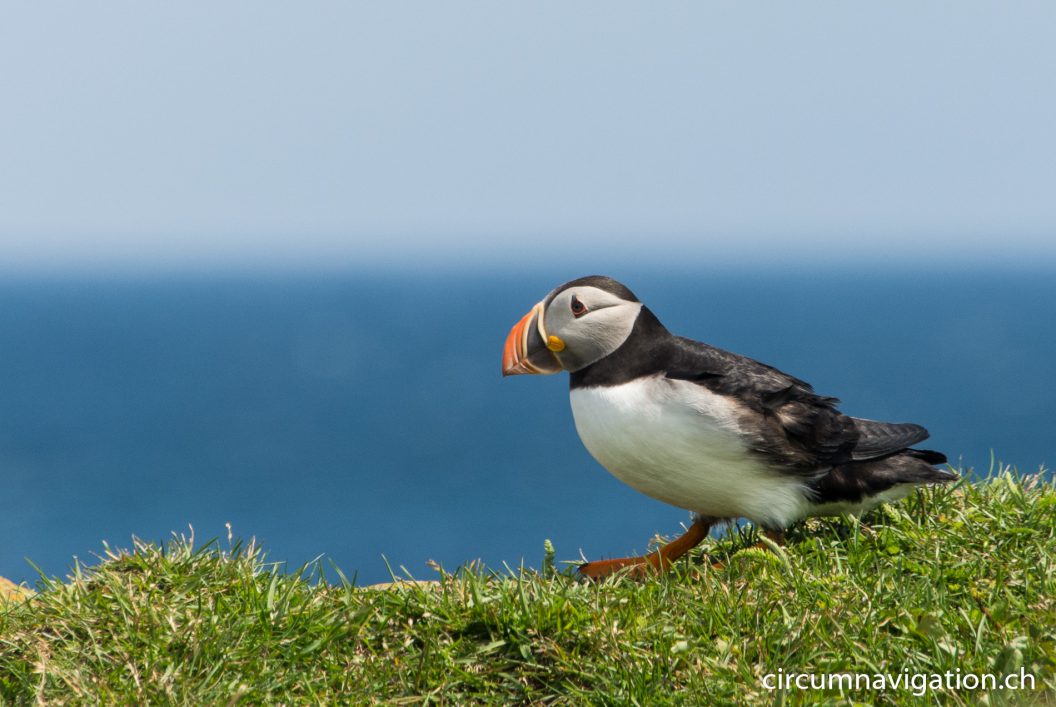 Am I not beautiful?

Puffin, have become dear to us. Sure, the gulls fly more gracefully than those shirt-sleeved birds with their short wings and legs. As far as catching fish is concerned, the Gannets are also far superior. These sting like dive bombers from thirty meters high in water to catch a fish.

But in the breeding season they have a colored beak that sets them apart from all other birds. Only a Tucan can compete with them. But he cannot dive. And the puffin can dive up to 60 meters. However, they do not do that from the height like the Gannets, but they dive from the water surface. And they use their short wings as fins.

95 % of all Atlantic Puffin in North America breed along Newfoundland’s coast. On July 17th we had the opportunity in Elliston to observe a puffin colony breeding. The birds, who can get 20 years old, lay their eggs – it is only one – in tunnels up to two meters long, which they dig into the earth with beak and feet. The parents leave the chick before it fledges. It has to start on its maiden flight alone.

Most of the time, the Puffins spend their time on the sea. Only to breed, they return to where they were born. Year after year, they even move into the same nest with the same partner. For example, here, on the rock in front of Elliston.