Cabo Virgenes: Home of the penguins and beginning of «Ruta 40» 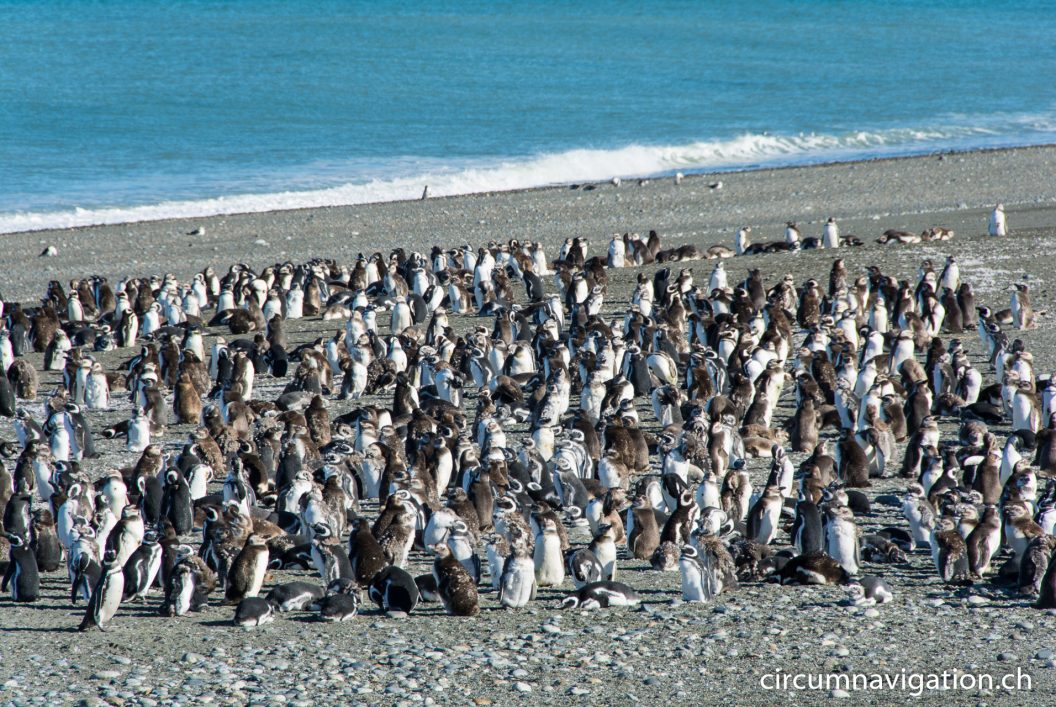 Thousends and thousends of them!

130 kilometers from Rio Gallegos, at Cabo Virgenes lies the second largest penguin colony in Argentina. There are – besides a lighthouse – countless penguins and a sign to see, which points to the beginning of the famous «Cuarenta». Here stars the 5’080-kilometer-long road that ends in La Quiaca, on the Bolivian border. On 17.2.2018 we made our way to the Cape. This part of the «Cuarenta». was the worst we drove. It took 3 hours to reach our destination, but the effort was worth it!

After the breeding season (each pair has a maximum of two chicks) there are up to 300,000 Magellan penguins waddling around here. In September, the penguin males arrive first. In October the females follow. Together they build a nest, which is used again year after year. In November, the little chickens are born. Most of the time only one survives, the other falls victim to skuas, foxes or gulls. These benefit when the penguins leave their cubs unattended. Or they steal the egg before it hatches. In November and December, the chickens are fed incessantly; In February they lose their fluff. In March, the adult penguins have renewed their plumage, which lasts 20 days, during which they cannot feed their cubs. In April, the entire colony sets out on a trip to Brazil to return here in September.

Penguins we got enough to see that day, even though many were still fishing. The young ones stood in groups and sunbathed. Fluff whirled through the air. From time to time we also saw a dead penguin who felt victim of a fox. Of course we made a detour to the board as well, which shows the beginning of «Ruta 40»! Then we returned – with an experience richer – on the arduous way back to Rio Gallegos.