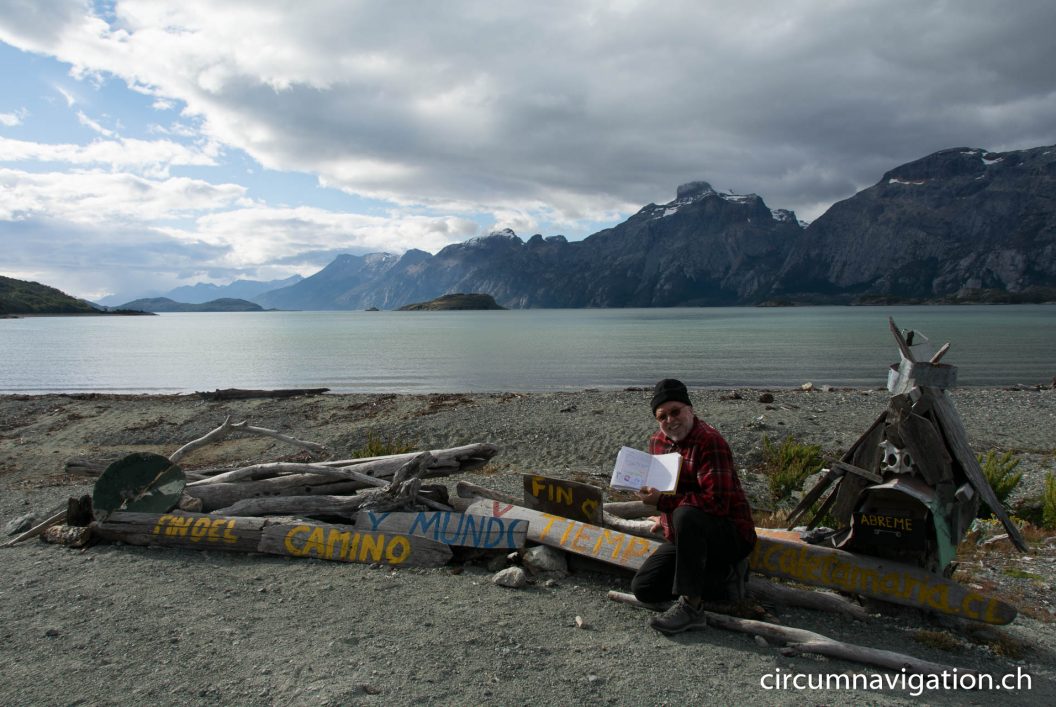 There are many Fin del Mundo in the south of South America. The “city at the end of the world”, for example, is called Ushuaia. Puerto Williams, located in Chile, is the southernmost place on the continent. The notorious Cape Horn is even more southerly, but hardly anyone can get there. And then there is Caletà Maria, at the end of the Route Vicuña, a road that leads to the southernmost tip of Tierra del Fuego. This natural road is currently under construction and will be connected to Puerto Williams by ferry until a few years later. At the moment, however, it ends at Lago Fagnano, a turquoise-blue shimmering lake.

On 9 February 2018 we reached the Fin del Mundo in Caletà Maria, which is located at the (former) end of the Route Vicuña. The weather was nice and for once the biting wind kept itself within limits, which makes man and nature down here life quite difficult. We knew from a Chilean that at the end of the road, there is a barrier and a book in which travelers can register, to proof they have reach this point. We made a selfie and an entry in the book before we went on our way to Ushuaia, which is about 50 km further south.