THE BEAR IS ON THE LOOSE! 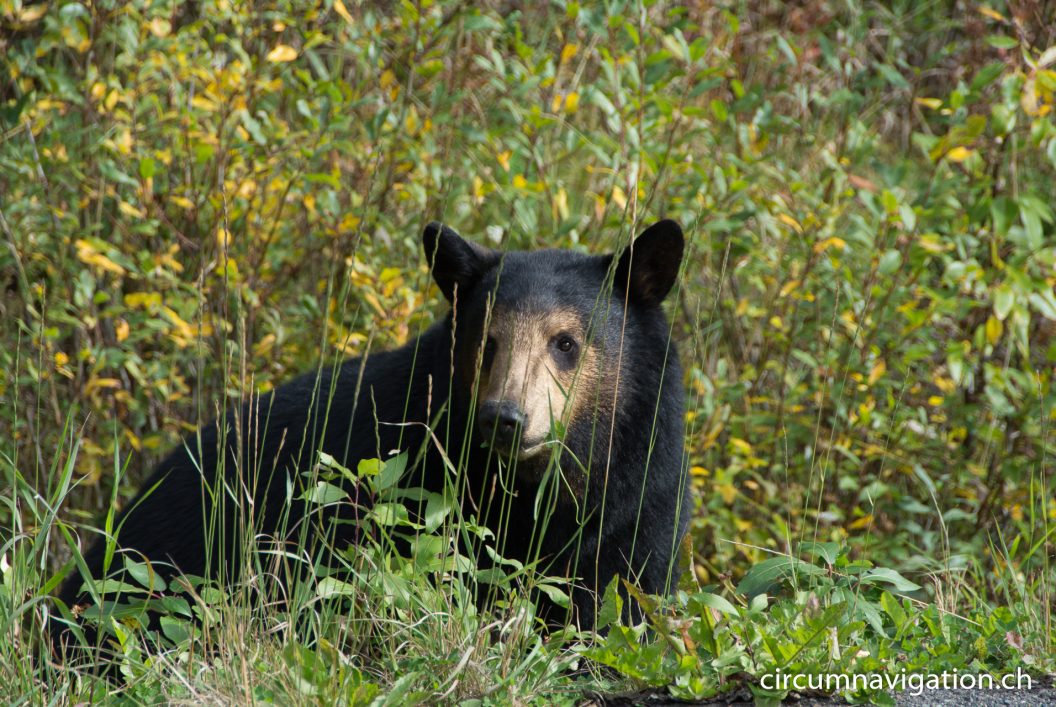 Face to Face with a Black Bear!

In Canada, many highways carry not just a number, but also a name. Highway No. 8 is the Dempster Highway. Another, the number 3, is called Yellow Head Highway; number 5 is called Klondike Highway. And the one we drive at the moment, number 37, is called Stewart Cassiar Highway.

Yesterday, we turned off to it just after Watson Lake. Highway 37 leads in more or less direct way to the south, to Vernon, where friends expect us for some weeks now. Again, and again we have postponed our arrival. The last time because of our trip to Tuk. But now we have definitely signed up for the end of this week. Vernon is located in the Okanagan Valley, where vines are grown. And now, in the fall, there is harvest time. A good reason to be there soon! Only 1’200 kilometers separate us from Vernon. What is that?

On the Dempster Highway we suspected caribous, moose and also bears. They should be there as we heard. However, we didn’t get to see them. That changed on the Stewart Cassiar Highway. It was as if the bears had decided to wave goodbye to us. First we saw one at the roadside, where he enjoyed eating flowers and grass. Ten minutes later, a second black spot – again a black bear. And so, it went on in ten-minute intervals until we met bear number 7. Incredible. But true!

PS: The bears are shortly about to hibernate. Before they do this, they eat everything that comes their way: salmon, berries, grass and roots.