THE «KING OF JASS» IS DEPOSED! 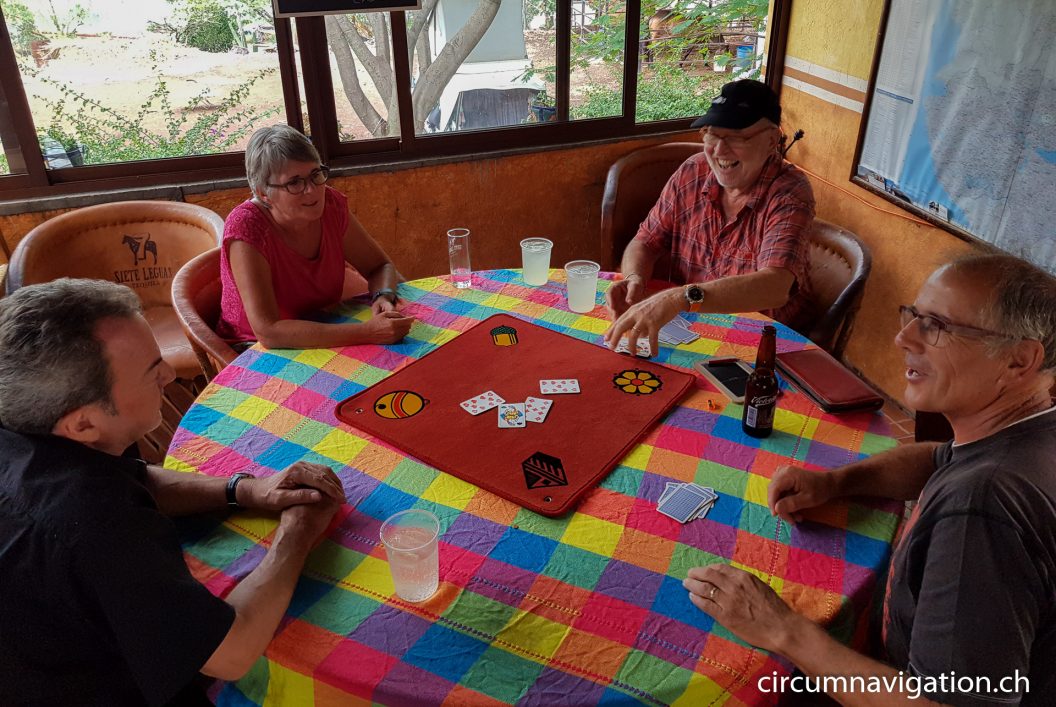 The rainy season, which is announced by the first thunderstorms, is about to begin in Mexico. Now comes a time when you like to sit together in the evening, drink a beer and «knock a Jass», (Deck of Cards) as we say in German-speaking Switzerland. It is a good thing that we are five Swiss here. Four of them – with the exception of Brigitta – know how to playing cards. And we did that for the first-time last night!

Charly and I played against Ursula and Markus. I felt on the winning side right from the start, since I had learned playing cards as a boy from my grandfather. I also knew that Charly was a «King of Jass» many years ago. Or maybe not?

Anyway: We won the first round by a large margin. But then the tide turned. The two from Konolfingen granted the former «King of Jass» and me a lesson on how to play cards and also win. We lost the next two rounds by far. (That means we didn’t even get half of 2500 points! What a shame!)

PS. Before I sit down again at the table with a «King of Jass» from the Rhine Valley, he has to show me the diploma!