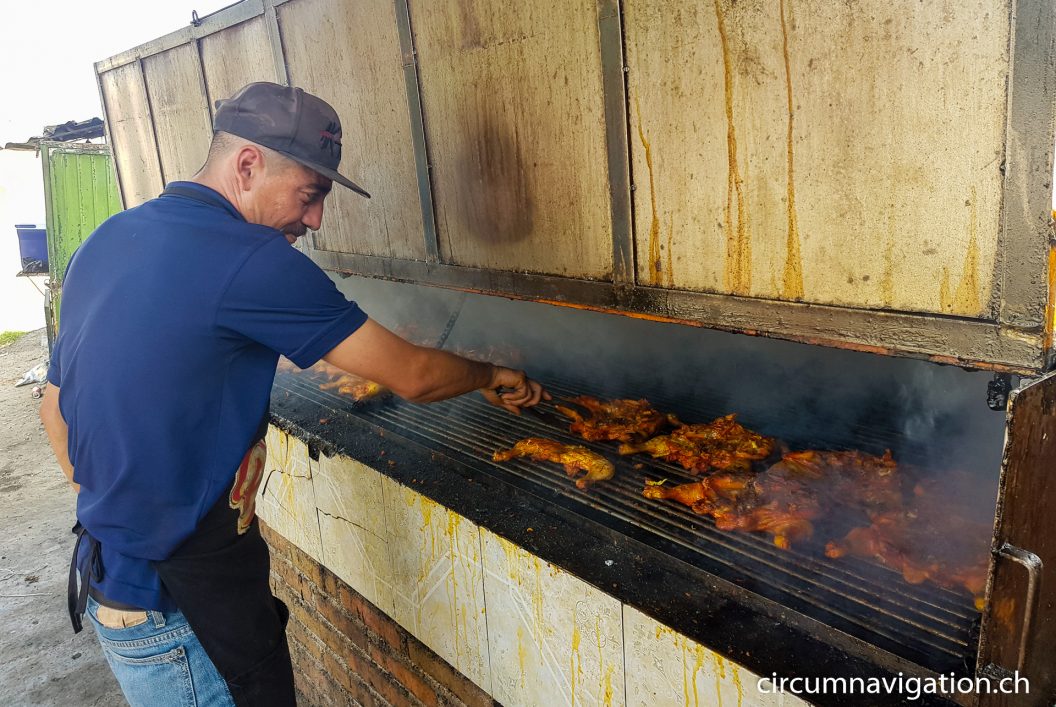 Master of his trade!

The next morning, it was a Saturday, we went shopping in Los Mochis and filled both tanks. Now we would travel inland; and Pemex petrol stations are less common there. And the diesel more expensive. We passed El Fuerte, where it was market day. Women in brightly colored costumes sat behind their market stalls and offered their goods. Men sat in front of the restaurants with a beer can in their hands. Most stands offered potatoes, onions, but also oranges and grapefruits. The air was thick with the scent of chicken roasted on simple grills. Our mouths watered; we realized that we were hungry.

Choix, a quaint little Mexican town, was only fifty kilometers away. We knew that there is a simple restaurant doing excellent roasted chicken. Let’s go! We were the only Gringos surrounded by Mexican families sitting on red plastic chairs at red plastic tables. There was a man behind the grill who knew his job. Brigitta ordered a chicken for us and I ordered some beers. But there were only soft drinks here! Coca or Fanta with chicken? No certainly not! A boy organized six cans of Tecate for us in a plastic bag filled with ice. He had earned his tip! Salud!

PS: Brigitta asked the man who was standing behind the grill in the smoke how many «pollo asado» he prepares every day: 120 – 150! However, she didn’t ask him if he was still eating chicken. I do not think so!