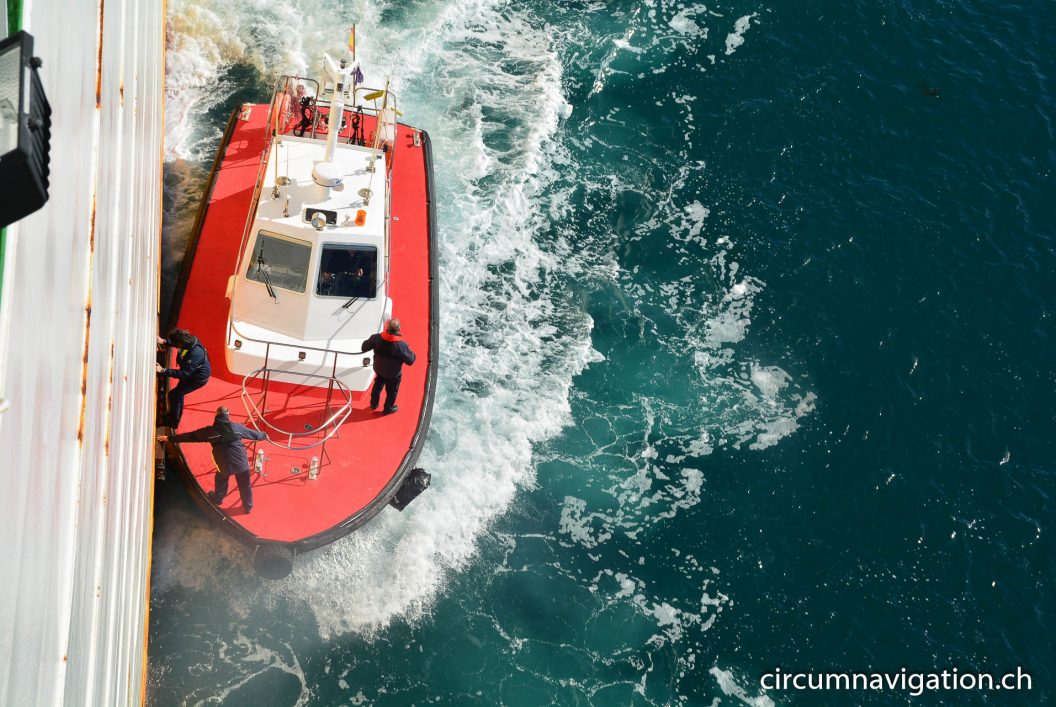 On 3.11.2017, at 2pm, we threw the anchor after a voyage of 4’600 kilometers from Dakar, in the port of Vitorià. For the last fifty nautical miles, we have been accompanied by boobies who are flying over our heads in formation flight. Such a thing of elegance! We watched as they scanned the surface of the water to sting into it to grab a flying fish. Closer to the coast we saw fountains: whales! Every now and then we even got to see a fluke.

And then the outlines of a city appeared on the horizon – the first since we left Dakar seven days ago. During this time we got except clouds, water, sun, moon and every now and then a ship or a frigate bird nothing to face. In front of us lay Vitorià, a town of 270’000 inhabitants. A long line of ugly skyscrapers lined the beach. They looked as if they had been imported from the old GDR: Plattenbauten! To live like this, I do not have to go to Brazil, I thought to myself in silence. But maybe the city looks more appealing? We’ll see if we go ashore today.

We were told that at 2pm a pilot arrives on board to escort the Grande Amburgo to the harbor. But this morning, after breakfast, we learned that we cannot dock this evening. The port of Vitorià has only two piers for ships of our size. As long as a place is not vacant, we will not come to the harbor. The cook came to us earlier. He wanted to know if we would come to dinner and stay aboard. (Looking away from the dessert that has been made up of an apple for a few days, he puts something good on the table every day.) One more reason we eat on board is that there’s pizza today. What’s better than pizza – prepared by an Italian!