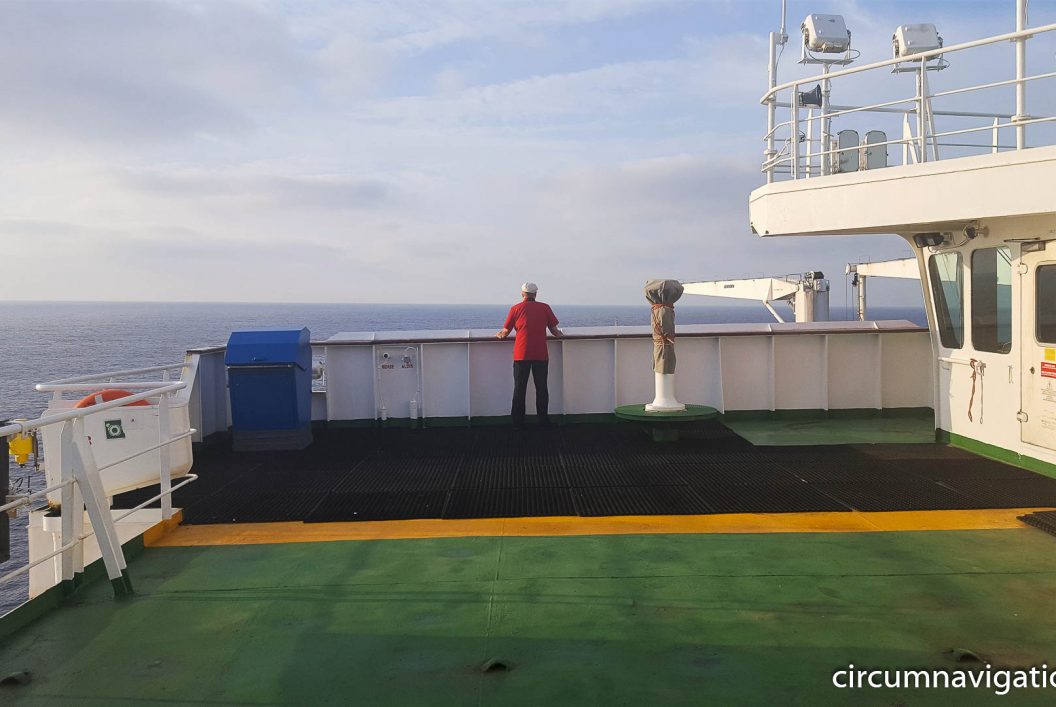 On 11.11.2017, at 4.30 am, we arrived in Paranagua. For once we didn’t catch any of it because we were happily asleep. The night before there was a huge thunderstorm, the first since we were on board. It rained like water poured out of a bucket, like this it can only rain in South America. The next morning the sky was still more grey than blue. But after breakfast it brightened up. The visit ashore led us to the Police Federal. That’s where we were taken to get our passports stamped by immigration. What would have been a thing of a quarter of an hour at most, took almost 90 minutes! What the policeman took so long is beyond our knowledge.

When we passed the turnstile to leave the harbor, one of us got stuck! Of course, it was me! But not because of the abdominal circumference (which has also increased – we eat three times a day) but because the electronic of the entrance system gave up. I was suddenly behind bars! That brought me to the comparison that actually Temer, Rouseff and Lula da Silva belong behind bars. And not me. Although as my statement were more in Esperanto than in Portuguese, the policemen understood it and laughed out loud. Here in Brazil you can feel everywhere that the Brazilians have more than enough of their corrupt government. It will be interesting to see what will happens in the next elections. If you listen to the “voice of the people”, as I always try to do, the Brazilians wish the whole caste of politicians to hell! Or behind bars! It seems that the Brazilians have definitely enough of their corrupt politicians.

At 3:30 we were back at the harbor. There we watched as a new Scania truck was moved out of the ship because his engine didn’t start. And what we saw there let me conclude that I would never, never!, put a car on a RoRo-ship without myself accompany it. Unless it is transported in a container! The Grande Amburgo was supposed to finish at 4 pm, but as usual it was later. Almost three hours today. At 6.30 pm we left by perfect weather conditions. A good hour later, the pilot left the ship and we headed for Zarate, which is further up Buenos Aires. This harbor is about 1,400 kilometers (as the crow flies) away and we will not arrive there until next Tuesday. It is planned that we will stay there for two days before returning to Montevideo. There we should arrive next Friday, 17.11.2017; around 6 o’clock in the morning. But until then, a lot of water flows down the Rhine …