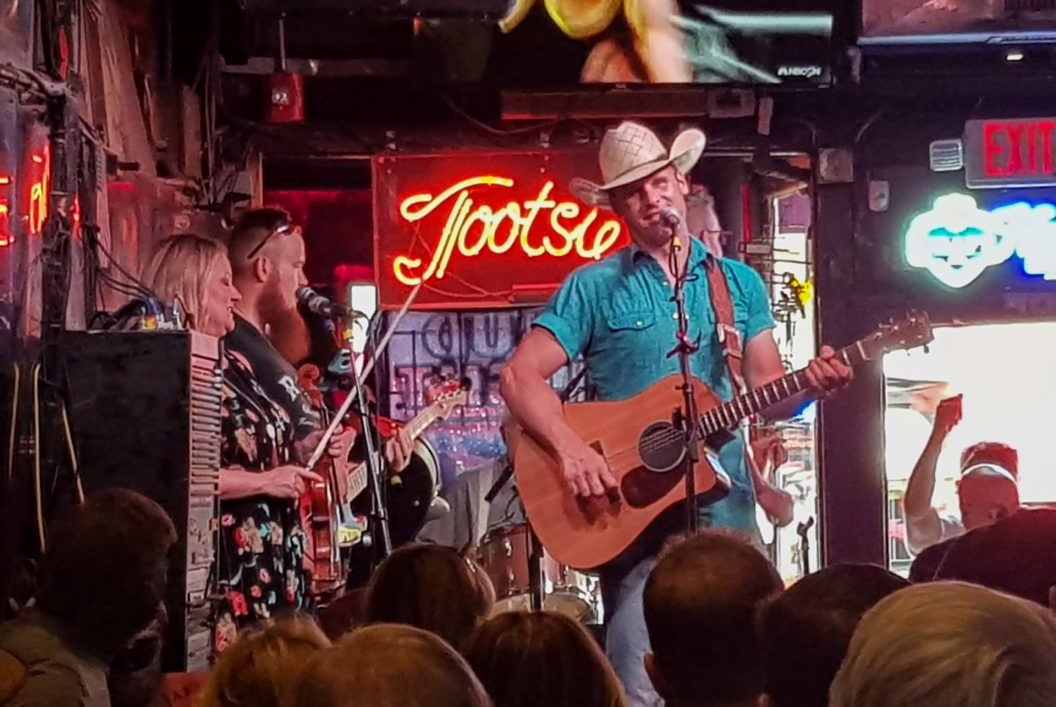 At the heart beat of Country Music!

On May 31st, we arrived in Nashville, Tennessee. The city calls itself Country Music Capital of the World. If you drive with open windows down the Broadway, then you can hear music from all the bars on both sides. Mostly Bluegrass, Country and Blues. Even from the buses, which make city tours, country music resounds.

First we went to the Country Music Hall of Fame, where we paid tribute to the past and present greats of Country Music. Finally, we admired the gilded Cadillac of Elvis, with a Wurlitzer installed. With the sounds of «Love me tender, Love me please» in our ears, we set off to the famous Tootsie’s Orchid Lounge.

Tootsie’s is an institution in Nashville. In this little bar many later famous country musicians played before they were «discovered». We were here for the first time eleven years ago and wondered if this bar has changed! No, it hasn’t as we already noticed at the entrance. From within, country music, laughter, and hoots came. We found a spot at the very end, ordered a Jack Daniel’s Nr. 7 and listened to song after song for the next two hours.

In the evening a visit to the Grand Ole Opry was on the program. The concerts transmitted from here have cult status:  Grand Ole Opry. Now our hunger for country music was satisfied! We were hungry! And here we have satisfied that: Bierhaus Nashville.

PS. Honky Tonk, is a kind of pub, which is widespread in the south and southwestern of the United States. The term dates back to the late 19th century. Its exact origin is unknown. (Source: Wikipedia)