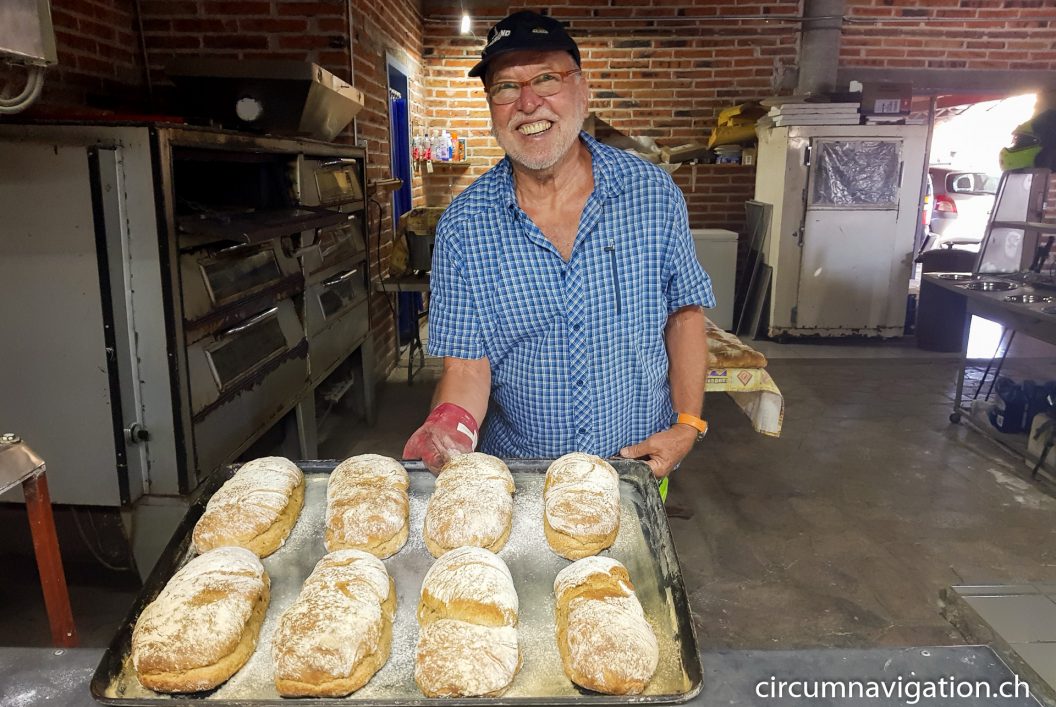 Mhmm - fresh from the oven!

Baking bread has always fascinated me. Is there anything nicer than the taste of fresh, crispy bread directly from the oven? I can’t think of anything, except for a delicious Swiss cheese! Or a fine lime cream like Brigitta prepared yesterday. Or a plum cake from Ursula. Or…

But back to bread. Since we’ve been at Charly’s, I’ve watched several times as he made the bread dough. Soon I went to hand him as best I could. «Paul, now I need the flour and then a few liters of water». «Yes, Master!» «Dissolve twenty grams of sugar in the yeast with water» was Charly’s next command. I felt like an apprentice baker in my first year.

So, it went on step by step until the dough was ready. The mixing of the dough was done by a machine; but it was my turn to spread the dough on the table afterwards. Then it rested covered for two hours until the dough was ready for further processing. The master then took on the task of forming the large dough into loaves. I rubbed the sheets with butter and dusted them with flour. The oven was now heated to 240 °C; and under Charly’s watchful eyes I was able to put the large trays in the oven. After fifteen minutes I turned the trays with the bread, which was baked for another fifteen minutes. The result: A bread at its finest!

PS. A master has never fallen from the sky! I’m already looking forward to next Wednesday and the next lesson in baking bread!