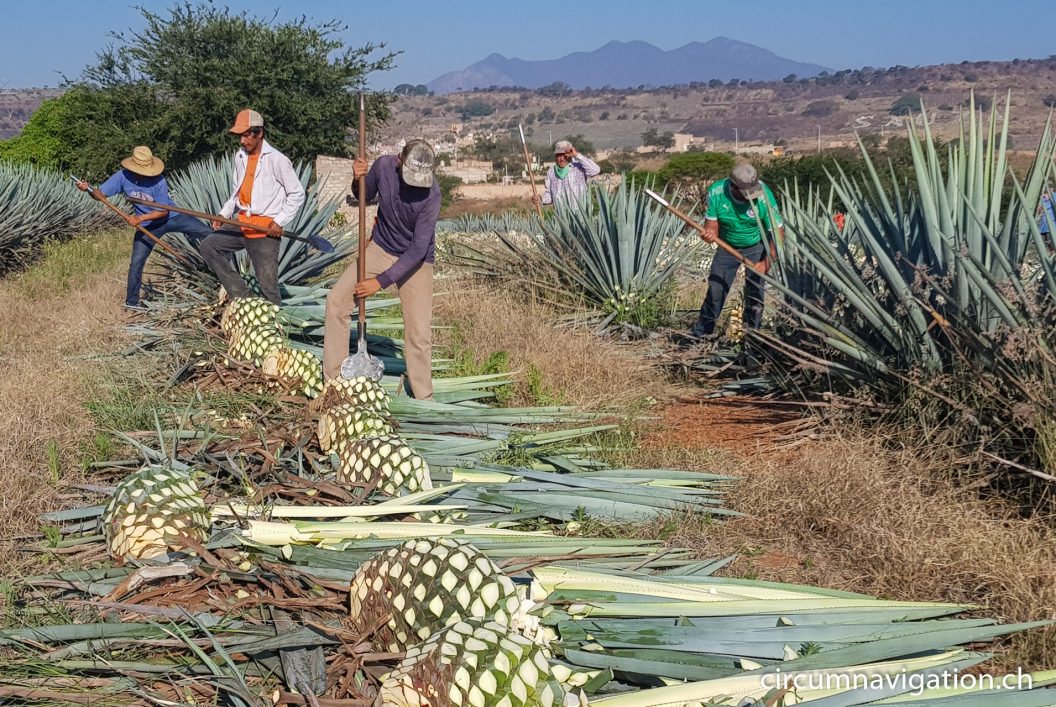 With a bottle of Cascahuin Reposada on board we drove to Tequila. The small town with 30,000 inhabitants is one of over a hundred Pueblos Magicos that exist in Mexico. We were excited to see how we would experience it after being here for the first time in 2008.

We found a parking space just a few hundred meters from the Plaza de Armas and the Cuervo distillery. It smelled of Tequila! We took a long walk through the pretty town, which has lost none of its charm. Finally, we went to the restaurant Cholula, where we had a good Mexican meal. The lunch was accompanied by the music of a Mariachi band. At the next table, a Mexican woman who earns her money in Texas celebrated her birthday on a grand scale. And we celebrated with! Feliz Cumpleano!

A few kilometers outside of town we found a place to stay overnight, very close to a large agave field. There we were woken up early the next morning. At 6 o’clock a rider trotted past on his horse. And at 6.15 am Jimadores arrived to go to work in the nearby agave field. (Jimadores cut free the heart, the «pina», of the agave – it is the raw material for Tequila.)

PS: We watched the Jimadores at work and admired how quickly they handled their tools. And Brigitta earned admiring whistles when she photographed the men …