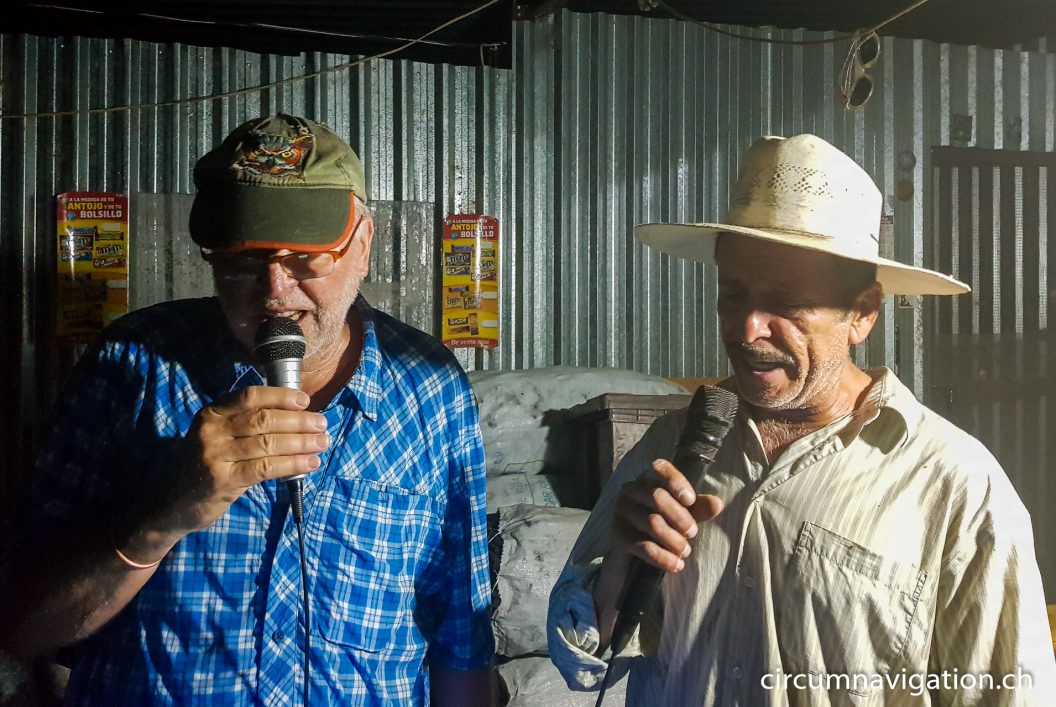 A new Karaoke-Star is born!

Roberto is an all-rounder! His skills also include that he can sing very well. No wonder people have made sound recordings with him: «Text and Melody by Roberto Castro» is printed on one of the tapes that he proudly showed us. Unlike him, I cannot sing. Or just very bad. My singing teacher in Basel, his name was Gerspach, said to me in 1958: «I’d rather teach a cow to fly than to learn you sing!» I haven’t forgotten that until today; that was an educational feat!

Quite different from Roberto. He motivated us to sing Karaoke with him last night. «This is something you can learn», he said. After a dinner together and a sip of bourbon to encourage us, we accepted Roberto’s invitation. He was already standing in front of his music system, with which he can sound the whole Balneario. He sang a song to us and explained how it works by reading the text on the screen.

The next hour we did our best. We sang Mariachi, who had names like Siete Mares, Viejo Amor, Guadalajara, Son de los Aguacates, Jalisco, etc. It was an unforgettable evening; and we’ve also expanded our Spanish vocabulary. We also realized that we can sing! At least when Roberto took the lead and we were able to stay in the background …

PS. Should I be trained as a Mariachi singer? Or rather as a bullfighter? Better still as Jimador! (These are the ones that cut the hearts of the agaves freely to make tequila.)