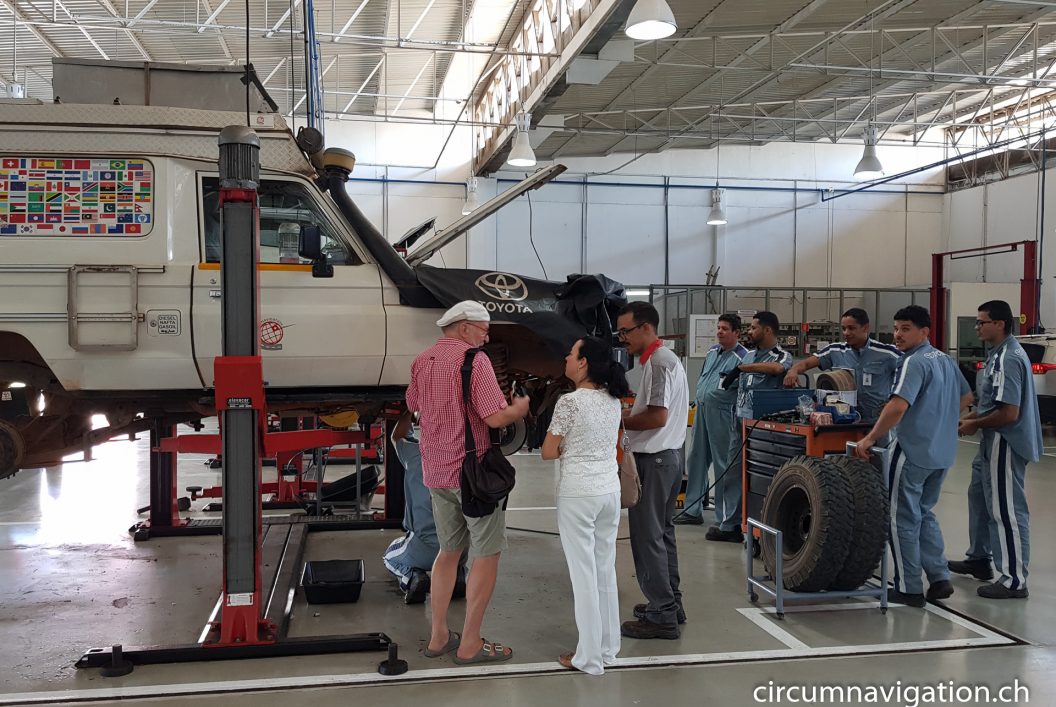 At the Center of Interest!

We have been in Brazil for almost six weeks. During this time, we covered 7,000 kilometers through the interior of the country. But we haven’t seen the famous beaches of Brazil yet.

When we reached Maceió on October 1st 2018, Mahangu needed badly a thorough service. The last 5’000 kilometers on the dusty BR 163 and the Transamazonica had taken their toll. The air filter that I cleaned one evening showed why the engine had a «whooping cough»: The filter was filled with sticky dust. In addition, the brakes squeaked terribly when I pressed the brake pedal. The ups and downs in the Andes and the frequent brakes due to the «topes» that are omnipresent on Brazil’s roads have badly affected the brake discs. The oil filter and engine oil (11 liters!) had to be changed as well after 10’000 kilometers. (I could not imagine what the oil looked like!) And every 40,000 kilometers, the axle and gearbox oil had to be changed as well – it was time for it.

A pitstop was more than necessary. We placed an appointment with Toyota a few days earlier to give Mahangu a “fresh-cell treatment”. Luckily we met expert mechanics there. But they knew our model only by hearsay. But they quickly became familiar with the vehicle and devoted themselves to the service with dedication. Our vehicle quickly became the focus of interest. The necessary spare parts could not all be found, because the HZJ 78 is not driven in Brazil. But in wise foresight, we had everything we needed. After the service Mahangu purred as in his earlier years. And after a thorough steam wash of chassis, car body and engine, it looked twelve years younger …

Now was the moment to think about us. For example, a trip to the Praia Sonho Verde, a few miles outside of Maceio. Here we experienced Brazil from its most beautiful side!