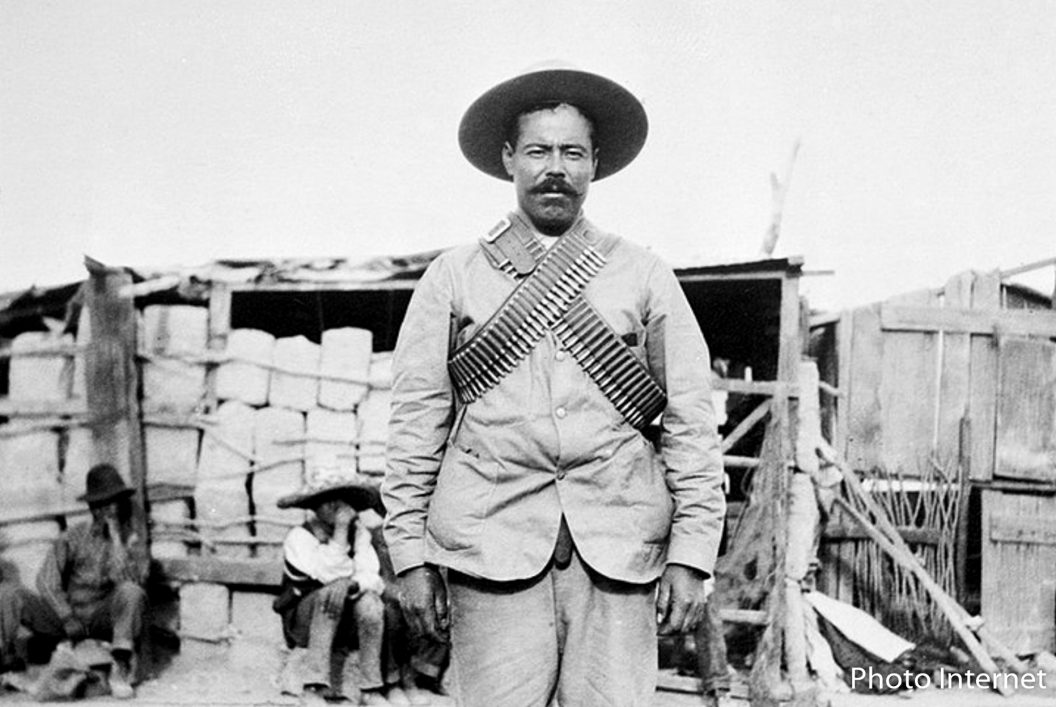 Pancho Villa, a name that is well known even in Europe. If you hear it, you can see a Mexican with a broad sombrero and a shotgun slung over his shoulder. But Pancho Villa was more than that. He was born as Doroteo Arango on a ranch in 1878. At the age of 16 he started his career as a bandit and took the name of his grandfather. (It is said that he killed the son of a ranch owner who wanted to rape his sister. If it is not true, it is well made up!) Fact is that Pancho Villa has been going back and forth between banditry and bourgeois life for a few years.

At the time of the Mexican Revolution, which began in 1910, he became one of the leading figures. He helped to lift the dictatorship of Porfirio Diaz and to install Madero as the new president. But it wasn’t long before Madero was deposed and shot by his own general.

What is certain is that Pancho lived an interesting life. However, it is also certain that he was a womanizer, loved cockfighting but not alcohol. (That means something in Mexico.) Pancho Villa was shot in Parral on July 20, 1923 while driving his Dodge. The fact that the killers – there were eight men – received little prison terms makes it likely that the order to kill him came from high up. (It is believed from the former President Obregado.)

PS: In Durango there is a museum dedicated to Pancho Villa. We visited it on Wednesday, March 11th, 2020.