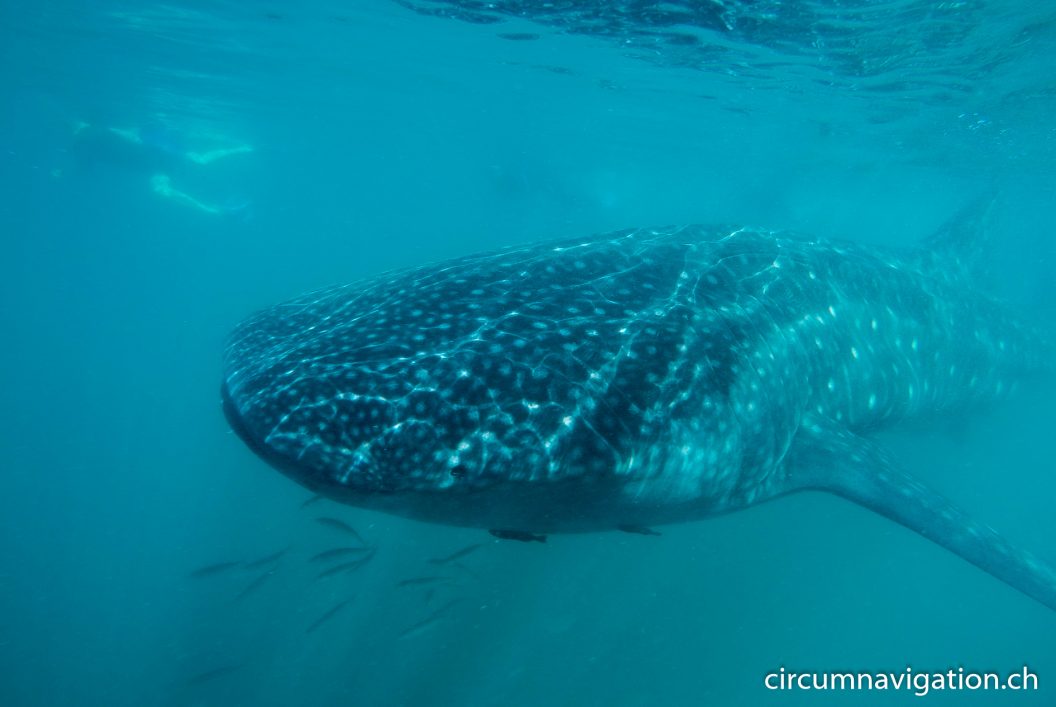 On February 19, 2020, the morning call was unusually early. The chirping of Brigitta’s Samsung smartphone woke us at 6.30 a.m. At 8 a.m. we had to be at Mar y Aventura in La Paz. A water sport agency where Brigitta had booked a snorkeling tour with whale sharks that morning. I stayed ashore and spent my time reading and drinking freshly squeezed orange juice. (In October 2010 in Djibouti, we snorkeled for the first time with whale sharks, the largest fish on our planet. And I’ve learned that sometimes it’s better not to repeat certain things.)

Brigitta was back after five hours. Enthusiastic and enriched by an experience. Since I was not there, I can only tell what Brigitta told me: «In a small group, we walked to the nearby harbor and boarded the boat. Visits to the whale sharks are strictly regulated. Every two hours, a maximum of fourteen boats can enter the huge region where the whale sharks gather for a couple of months to eat. Only five snorkelers and a guide can be in the water at a time. And only one boat can approach one whale shark. A female tourist on board our boat was so scared when she saw the whale shark that she wanted to leave the water immediately. So, I had more space to follow the whale shark and to take photos and film it. Only you were missing…”

In the meantime, I had finished reading my novel. So, nothing prevented us from going to Sargento, which lies on the Gulf of California.

PS. When we got here yesterday afternoon, the bay was full of colored sails. And the campsite bursting with kiters from all over the world. We drove a few kilometers further and once again found a beach for ourselves!