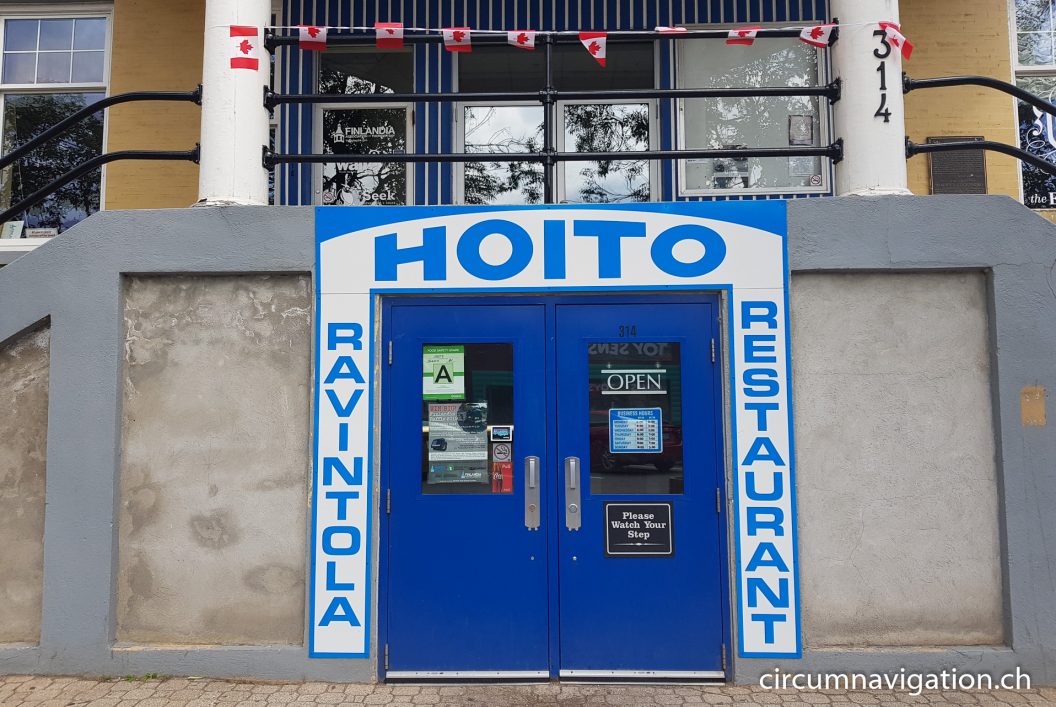 Working in the woods makes you hungry. The young Finnish lumberjacks needed a place where they could eat not only good and a lot, but also cheap. For this purpose, they founded the Hoito (Care), a restaurant that also served as a meeting place of the Finns. We got to know the Hoito eleven years ago due to an entry in the Lonely Planet. When we returned to Thunder Bay this time, we remembered that we had eaten there. So why not go there? Whether the restaurant still exists? When Brigitta searched for it via Google Maps, she actually found it. (But what are eleven years, if the Hoito has existed for over a hundred years already!)

We ordered Finnish specialties (herring, salmon, barley bread and apple salad) and were thrilled. During the lunch we also learned a few words Finnish: Yksi, kaksi, kolme (one, two, three). It’s just a pity that no Lapin Kulta or Reyka (Finnish beer and vodka) were served – that would have been a good fit!

PS: Thunder Bay is today home to the largest Finnish population outside Helsinki.