SUPERIOR IN ANY MEANS 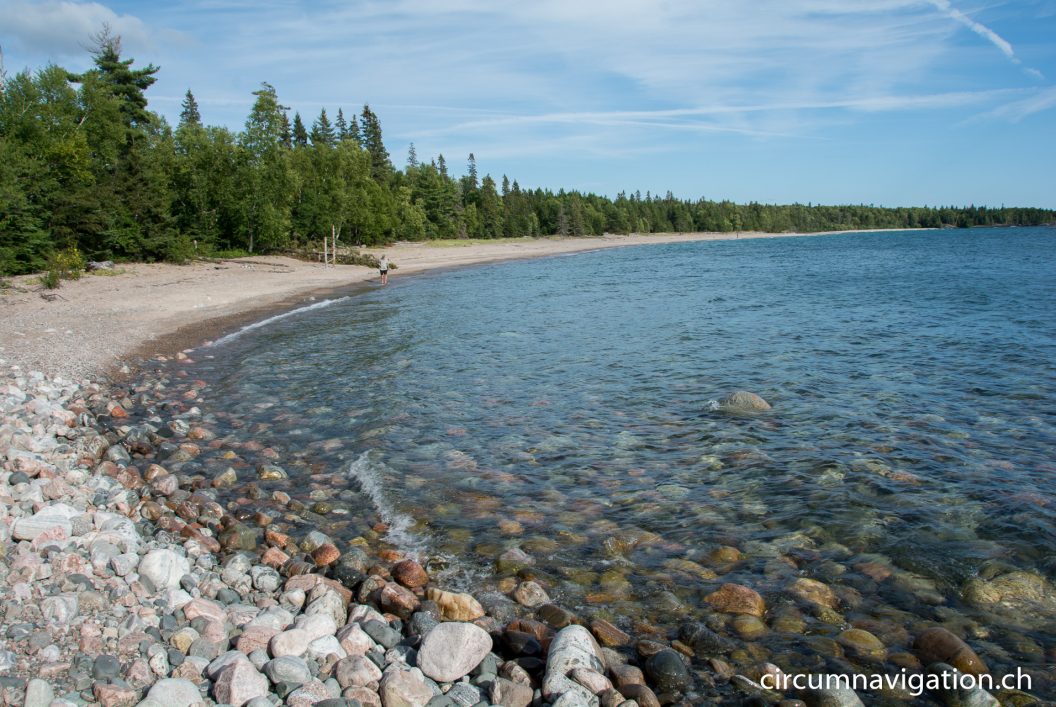 There are three highways in Canada that you should have driven once in your life. (Who can be surprised that we have already driven all of them!) One is the Cabot Trail, in Nova Scotia. The other is the Icefields Parkway, in Alberta. And the third is Highway 117 between Sault St. Mary and Thunder Bay, Ontario. Here it runs for approximately 700 kilometers along the shores of Lake Superior and offers spectacular views of the lake and the surrounding area. As on the St. Lawrence River, into which the water of this lake pours, you cannot see the shore on the other side (USA).

We drove in the past few days Highway 117 under a deep blue sky, which was not granted to us in 2008. All the more we enjoyed the journey along the largest lake in the world. (Deepest and in terms of volume the largest freshwater lake is Lake Baikal in Siberia.) The Lake Superior, which lies on the border with the USA, is almost twice as large as Switzerland. At its deepest point it is over 400 meters deep. And it takes 200 years for the water to be circulated once! The water of the Lake Superior is also of excellent quality, as there are hardly any industrial companies on its shores. Let’s hope that stays that way!

PS. Of the best quality were also the wild blueberries, which were offered along Highway 117. For three kilograms we paid CHF 18.-