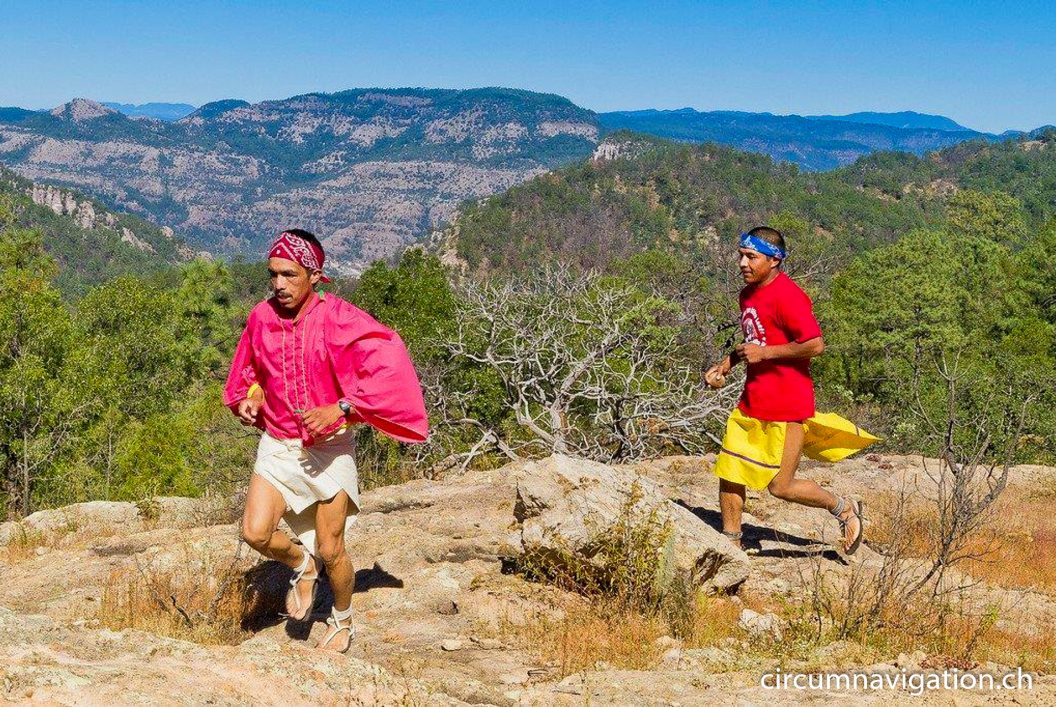 From February 28th to March 1st 2020, an Ultra Marathon over 82 kilometers took take place in Urique. We only realized this when we encountered blocked streets, lots of cars and a large crowd in the town. (There is Corona beer in Mexico, but no virus with the same name!) Brigitta moved a few chairs and a street grill to the side so that I could turn in the narrow alley.

The Ultra Marathon was launched 2003 by Micah True, an American. He lived in this region for several years and has been called Caballo Blanco. (He became internationally known as the main character in the book «Born to Run»). With this event, True wanted to pay homage to the local Tarahumara. («Tarahumara» means something like «Having light Feet».) This ethnic group has a century-old tradition of long-distance running.

Today, the Ultra Marathon is an important yearly event for Urique and the region. People from many countries around the world come to take part. (We missed the Swiss flag!). The local runners don’t wear Odlo shirts or Nike shoes; they wear instead Huarachas, sandals made out of thin strips of car tires and traditional dresses. (The race was won by Miguel Viniegra, 27, a local in 6:18:22)

PS: A clever American came up with the idea to import Huarachas into the USA. There they are taken with the label «healthy running» and sold expensive. «They are crazy the Gringos» the natives will probably think!