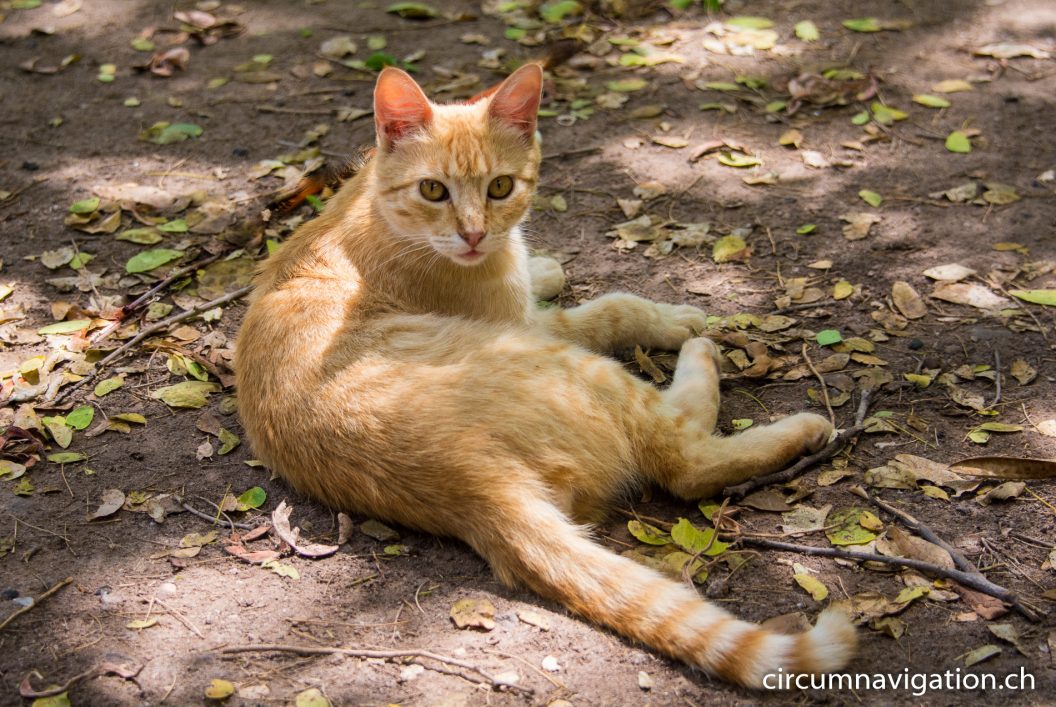 We stay now for the sixth time with Roberto, who is always postponing the opening of his Balneario. First on August 1st, 2020; now indefinitely. The risk of the virus is too high for him. He also knows his fellow countrymen and knows that they hardly abide by the rules. Even today, many of them walk around without a mask. And they don’t think much of social distancing. One abrazo results in the other; Mexicans seek and need proximity …

This makes his best friend all the more important for Roberto. And that’s a cat named Leon – he looks like a little lion. He is lazy and snatches away his sister’s mice, which she has caught. But he is very beautiful! And he knows it! He talks to Roberto. You can hear him meowing before you see him. And then he struts to the food bowl. «Here I am!», he seems to be telling us! «Aren’t I just beautiful?»

However, Leon has disappeared five days ago. The first time, as Roberto assures us, who is sad to have lost a friend. We are too!

PS. His sister, Toncha, gave birth to four kittens two weeks ago. One of them looks similar to Leon. We hope this will be Roberto’s new friend!