About Pisco and Observatories 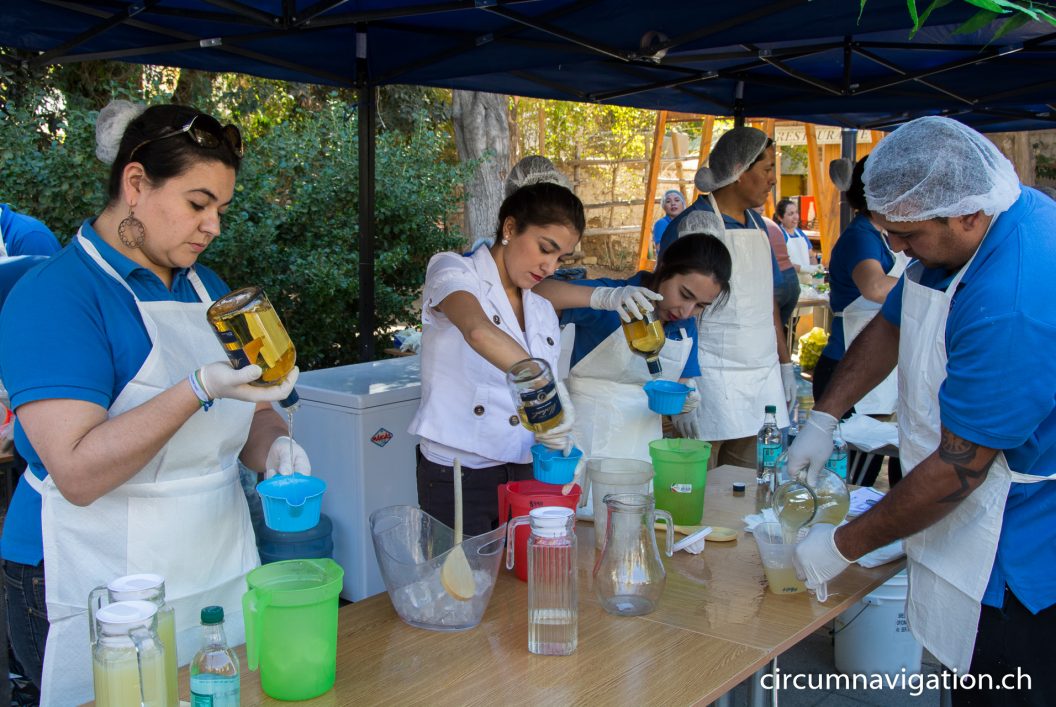 After visiting some of the well-known wineries in Central Chile, we made a detour to the Valle Casablanca. We rounded Santiago in a big circel – we visited the city 18 years ago and it has not become more beautiful. The wineries in Valle Casablanca, we did not particularly like – they were gigantic and mostly along the highway. Shortly before Valparaiso we turned north.

Through the hinterland, via the beautiful Valle Hurtado and the Paso Tres Cruzes we reached the Valle Elqui. In this valley mainly Moscato and Pedro Jimenez grapes are grown from which Pisco is produced. Pisco is the national drink of the Chileans as well as the Peruvians. Both countries claim to have «invented» the drink. The dispute resulted in a former Chilean President renaming a place in Valle Elqui, formerly known as La Union, Pisco Elqui. But even that did not help, because according to sources, the Pisco was mentioned in 1613 for the first time in a document in Peru! Brothers fight or not! The best thing made out of this grapes is the Pisco sour. The ingredients are: Pisco (40%), ice cubes, sugar and fresh lemon juice. The most important thing, however, are the sweet grapes. And these grow in the Valle Elqui, where we were shortly after the grape harvest,

Another attraction in this part of the country are the observatories. Dry air, heights of up to 5’000 meters and little light pollution create the best conditions to look into space. The first we visited was the Observatorio Cruz del Sur. It has no scientific function and is geared towards tourism. Another well-known observatory for scientific purposes is the observatory Cerro Tololo. Further north are the observatories Cerro La Silla, Las Campanas and, at the very top of the north, near Iquique, the Obseravatorio Cerro Paranal, operated by the ESO (European Southern Hemsisphere Observatory): https://www.eso.org/public/germany/. Unfortunately, we found no place for the tour in the observatory Cerro Tololo. The two tours were fully booked due to the Whitsun holidays!

Speaking of dry air: That makes you thirsty! Let’s have a pisco sour! Salud!

Would like to see more? Have a look at our Clips. Pisco Mistral and Fiesta Chilena