From Rio to Santos, we celebrate Brigitta birthday 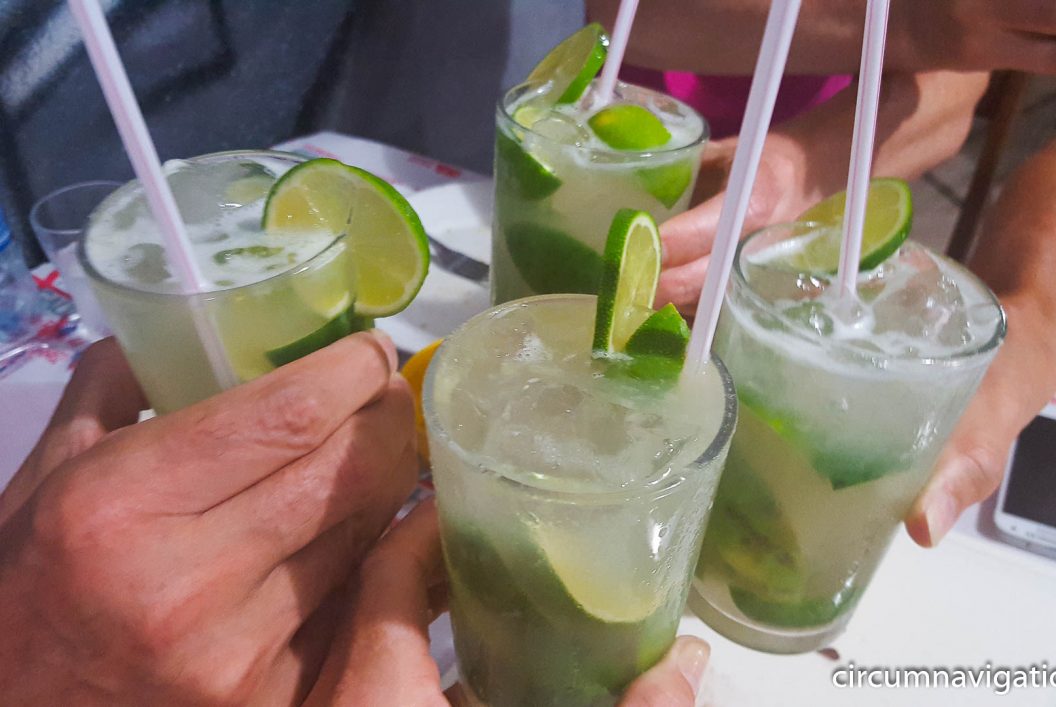 On November 9,2017, at 1:30 a. m., we left Rio. Once again, I did not miss to be on the deck and watch the Grande Amburgo being pulled away from the quay by two tugboats. The lights of Rio beckoned us to say goodbye and the white statue of Cristo Retendor greeted us from the Corcovado. At 3 o’ clock, I went back to the cabin where Brigitta was sleeping blissfully, it was a black night and the Atlantic was lying quietly in front of us. The next morning, we could see land at the starboard side. We followed that up for one day before we halted after dark in front of Santos and waited for the pilot. He was scheduled for 7 pm, but then his arrival was delayed until 10 pm. So, we drove into Santos at night. The lights of the big city were lit up the way to the harbor. At 11 pm we moored at the quay and watched once more how the Grande Amburgo was moored. Then the huge loading ramp was lowered and construction machinery, containers and vehicles were unloaded.

On 10.11.2017 – it was Brigitta’s 54th birthday – we woke up the sky was cloudy. But soon it cleared up and after breakfast we were all on deck. At 11am there was a bottle of Prosecco and a Moscato from Fratelli Grasso to celebrate Brigittas birthday. At 12 o’ clock the lines were loosened and the Grande Amburgo set course for Paranagua. As the captain told us, it could be possible that we stop first at Montevideo. That would mean that we would not have to take the detour via Zarate, which is already in Argentina. That would also mean that we’d arrive in Montevideo five days earlier. However, we will not know if this really is the case until the captain has confirmed it. 11/11/2017, in the port of Paranagua: Brigitta’s birthday had a wonderful impact on all of us. Rocco, the cook, had bought fresh fruit in Santos and so there was first a glass of fresh papaya followed by a big cake! Too bad we didn’t have another bottle of Moscato anymore! Now we are sitting in the port of Paranagua. We can’t go ashore because customs do not allow it. But that doesn’t matter, because we have enough to do. For example, to finish this article and then upload it to the website.