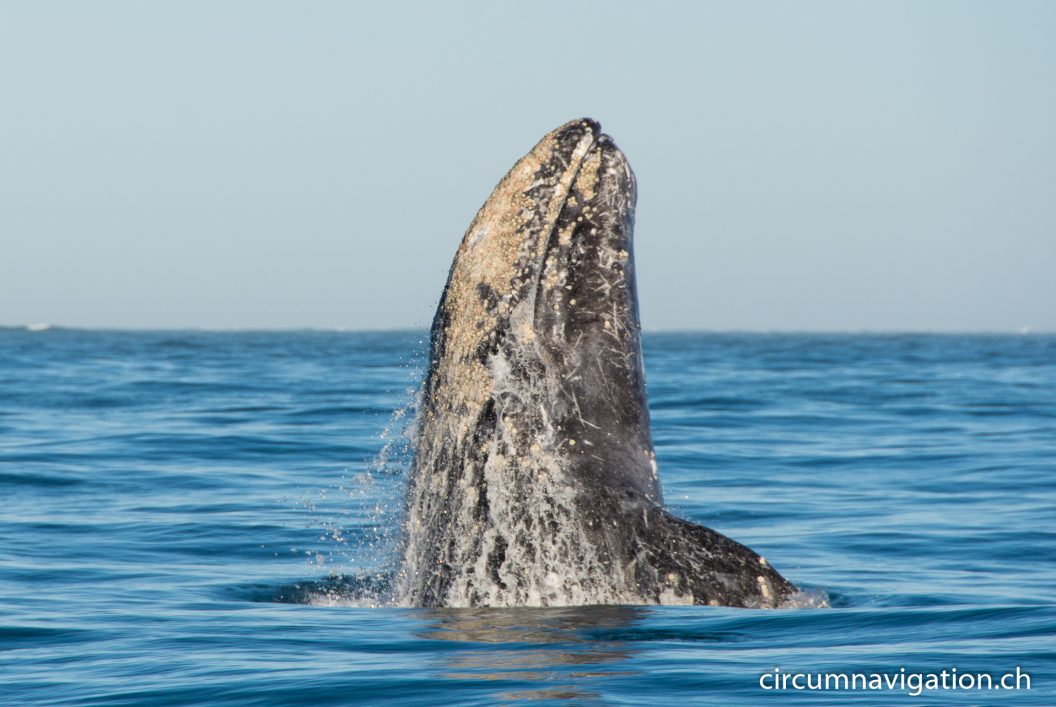 Face to Face with a Grey Whale!

In 1857, Melville Charles Scammons, an American whaler, sailed along the Mexican coast. Here he discovered a bay that was named later after him and is now called Ojo de Liebre. Then and now the gray whales gather in this shallow bay to give birth to their young or to mate.

Not much was missing and Scammons and his whaling colleagues would have been able to exterminate the gray whales in order to get the valuable whale oil. The stock fell to less than 2,000 when the hunt stopped. Today the gray whales are protected, the global population has slowly recovered and is currently around 20,000 specimens. Several thousand of them gather every year – from December to April – here and in two other lagoons further south.

On January 31st 2020 we arrived in Guerrero Negro, which is not far from the Ojo de Liebre laguna. We booked a multi-hour tour for the next morning and were wondering what we would see. It was just overwhelming! We have never seen so many whales like this – many of them were mothers with their young – and so close!

PS: We are so excited about what we saw today that we are planning another whale watching tour. Not here, though, but in the San Ignacio Laguna, where we’ll be in a few days.