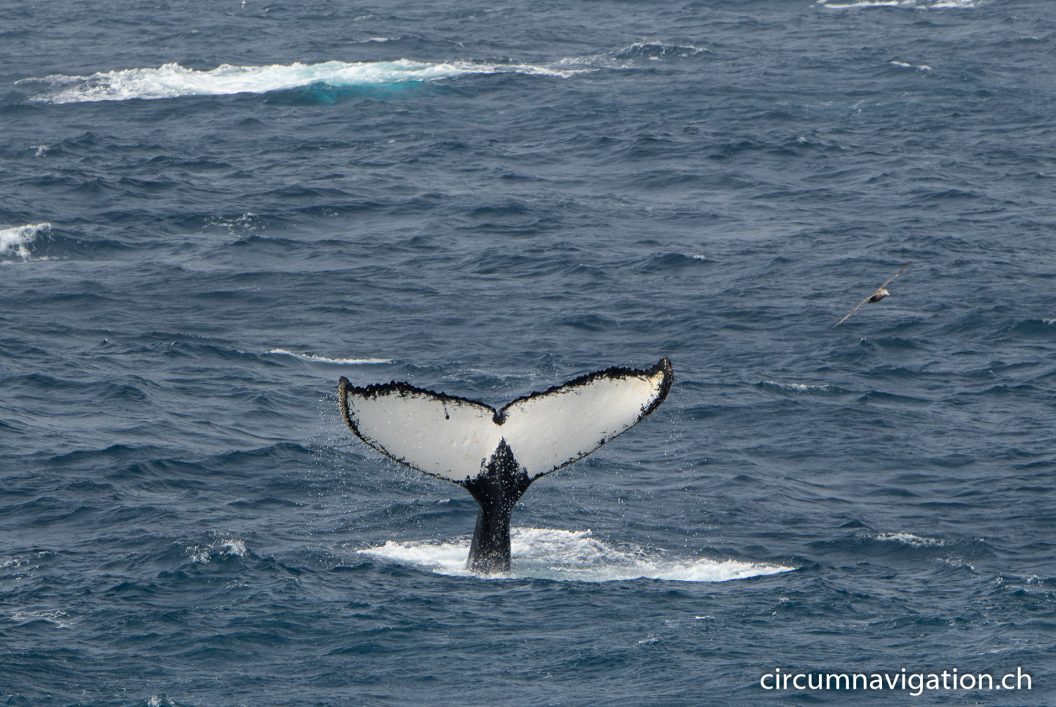 30th November 2018, 50 nautical miles off South Georgia: The Ocean Adventurer plowed through the southern ocean at 15 knots. We left the Falkland Islands three days ago and steamed southeast toward South Georgia. All around us only water. But we were not alone! We were followed by albatrosses that darted over the crests of the waves with lightning speed.

The further south we came, the cooler it became. Between the Falkland Islands and South Georgia, we passed the Convergence Zone. Here, the colder polar layer of water sinks below the warmer of the Atlantic into the depths. The result is extremely nutrient-rich water in which krill and other nutrients  float. Food for seals, fish and whales!

We were about to see a documentary about Shackleton when the expedition leader was heard through the loudspeaker. «Please join me on deck! We are surrounded by wales. Come on, if you want to see this!» In no time we were all on deck. We were surrounded by a group of humpback whales. They seemed to take the meeting as an opportunity to show us what they can do. Everywhere we looked, we saw flukes or whales spilling out of the water. An incredible and unforgettable spectacle even before we reached South Georgia!