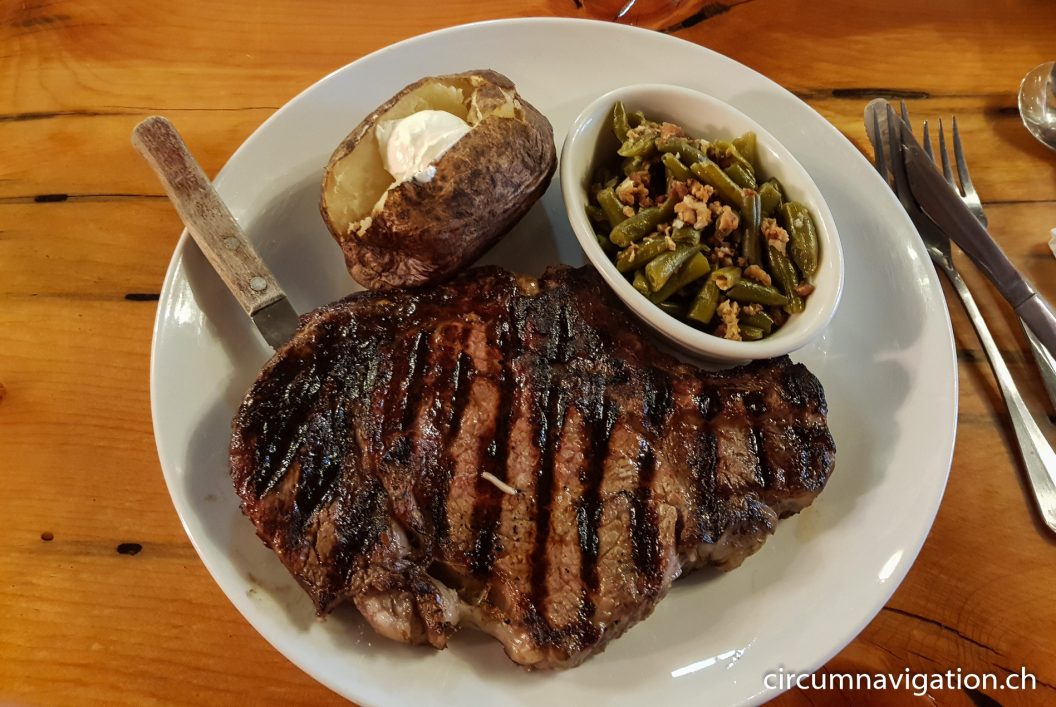 I love pasta over everything! The crossing on the Grande Amburgo from Hamburg to Montevideo in 2017 lasted 34 days, during which we were served pasta every day! And when Brigitta asks me: «What would you like to eat tonight?», then she usually gets to hear: «Preferably Pasta with Gorgonzola Sauce». But what’s served as pasta in the US is far from what’s on the plate in Italy. If you do not meet an Italian immigrant who has opened a Ristorante here, then you better don’t touch the fork. Mostly it is a big disappointment.

You won’t be disappointed in the US, if you order a steak. That’s what we did in Burns, in eastern Orgeon, on 8.10.2019. For days Brigitta was looking forward to a juicy steak. I had promised her that we would not leave Oregon without eating a steak. As we drove past large herds of cattle, our mouths watered!

«Where can we get a good steak?» was the question I asked a man in the parking lot in front of the Safeway supermarket. The answer came like out of the pistol: «In the Pine Inn, just two blocks from here!». And indeed: The Cowboy Steak, 20 oz, was just superb! And it was big too!

PS. Did Donald mean the steaks in Oregon with his slogan Make America great again?