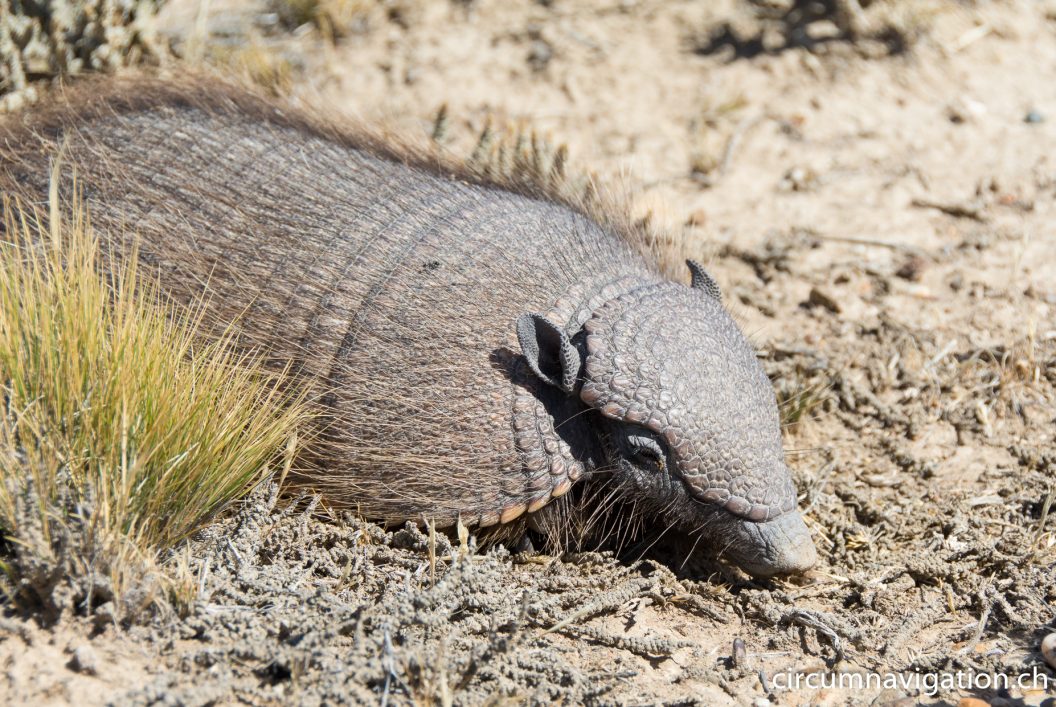 Since wearing an armadillo on the Ruta Cuarenta that did not know which side to dodge, I carried myself with a guilty conscience. Brigitta had so much wanted to see an armadillo. And now I presented her a dead one! I decided to make amends. At least for Brigitta, because the dead driven armadillo I could not bring back to life even with best intensions!

When we turned off the paved RN 3 and followed the natural road along the coast between Puerto San Julian and Puerto Deseado, I knew we were in an area where there are armadillos. So I kept my eyes open and reduced the speed to 60 km / h. It took exactly half an hour and I saw one of these cute animals on the edge of the runway. Immediately I stepped on the brake pedal! Brigitta was already jumping out of the car when it was still moving – armed with her Nikon D7100. And then I saw something I’ll never forget in life! I saw Brigitta jumping behind the armadillo and trying to get it in front of the lens. At the fifth animal, which we saw on that day, she succeeded.