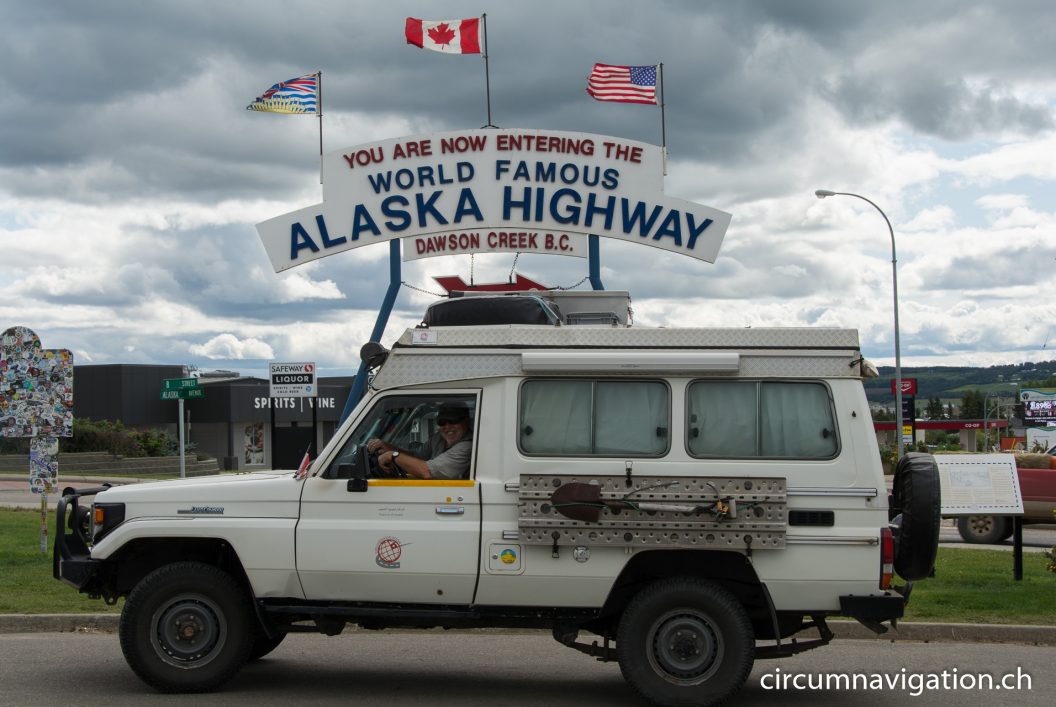 The Alaska Highway was born in March 1942 under the name ALCAN (Alaska-Canada-Military Highway). After the Japanese bombed the year before Pearl Harbor, the US feared an attack on Alaska. So it was time to build a road there. Nine months later, the work was completed with the help of 11,000 soldiers, 16,000 civilians and 7 regimental engineers: A 1,520-mile all-weather road from Dawson Creek, British Columbia, in a northwest arc through the Yukon Territory to Fairbanks , in Alaska.

We started the trip on the Alaska Highway on August 23rd 2019, at mile 0, in Dawson Creek. (Not to be confused with Dawson City, which is nearly 1,242 miles north, in the Yukon Territory). We had both tanks full, giving us a range of 930 miles. We also replenished our supplies. Fuel, vegetables and fruits you can get still further north; but with every kilometer the goods become more expensive.

On the first leg to Lake Muncho, we crossed at least a hundred RVs (mostly with a 4×4 in tow) on their way south, leaving Alaska behind. We had more joy in the animals we met on the edge of the highway: 2 black bears, 1 moose, 3 caribou, 3 ibex and some bisons. We hope it will continue like this!

PS: After its completion in 1942, the ALCAN Highway was only passable for trucks and bulldozers. Later it became a gravel road and today it is fully paved.