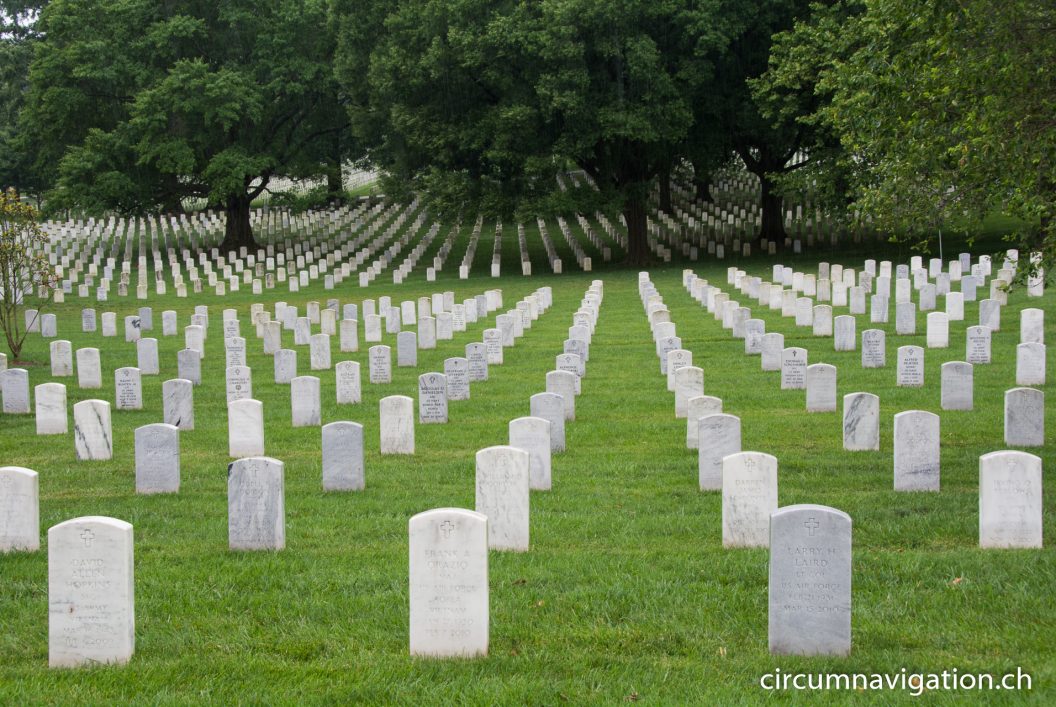 On June 9, it was a rainy and gray Sunday, we arrived in Arlington, Washington. After a long search we found a parking lot. From there, we could see the Capitol and the Obelisk of Washington. But these were not our goals this time. (And certainly not the White House since Donald does his mischief there.)

Our destination was a place that we mostly avoid: a cemetery. But this one was something special. This time we wanted to pay a visit to Arlington, the National Cemetery of the United States. Here are all buried who have served the country since the civil war of 1861-1865. For example, President John F. Kennedy and his wife Jacqueline. Not far away rest his brother Robert, who was also shot.

Being buried in Arlington is part of the history of this country. The crew of the space shuttle Challenger, which exploded in 1986 shortly after the start, are buried here. Or the victims of 9/11, but also war correspondents and the Unknown Soldier. And, of course, high-ranking military officials such as General Westmoreland, the unfortunate Commander-in-Chief of the Vietnam War and his then Secretary of Defense, Robert McNamara. Logically, the tombstones of the generals tower above those of the soldiers!

However, it is the graves of the soldiers who made the most impression on us. The image of the countless white tombstones, which are aligned in military order, will be remembered forever. More than 400,000 service members, veterans and their families have found their final resting place here. At least we hope so!

PS. We also hope that Donald finds his final resting place in another place. For example, in the basement of his Trump Tower!