ON THE WAY TO MARS 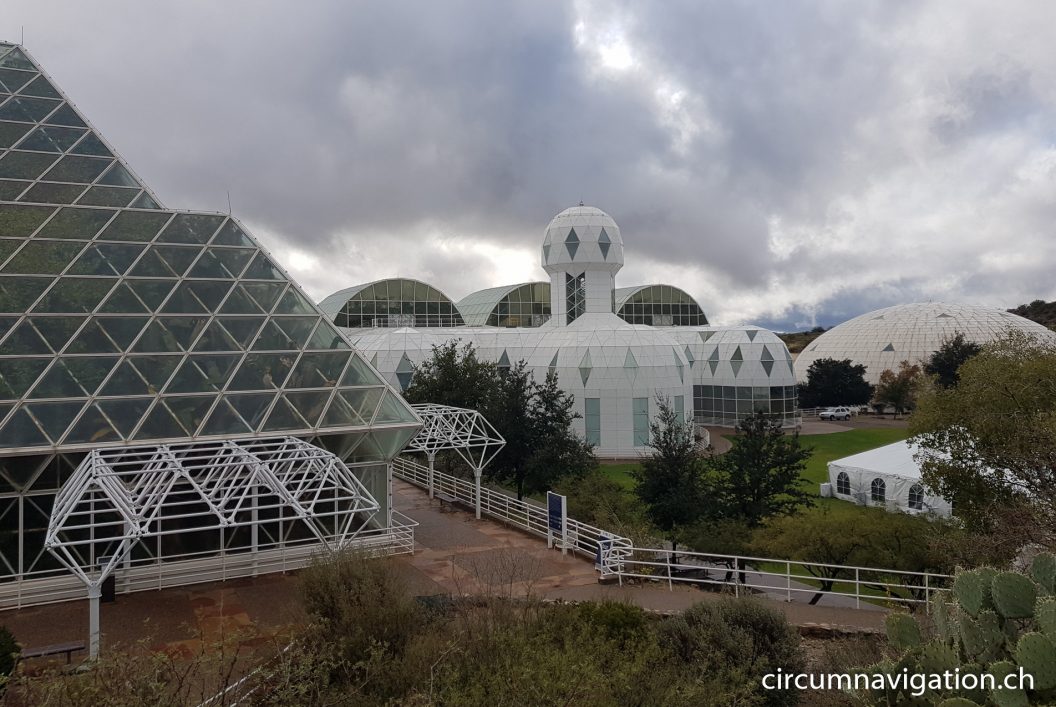 Back to the Future!

Fifty kilometers north of Tucson is a unique facility that could stand on Mars: Biosphere 2

In 1984, Space Biospheres Ventures, a private company, bought a large piece of land and started building Biosphere 2. (Biosphere 1 is Earth.) 204’000 cubic meters of earth were hermetically sealed off from the environment with 6’500 window panes. The goal was to create an artificial world under glass in this Earth-sealed facility. They wanted to find out if people can live and survive in a man-made world.

In 1991, eight scientists (called Bionauts) entered Biosphere 2 and lived for the next two years in this world isolated from the Earth’s atmosphere. They provided evidence that humans can live and survive in an artificially created biosphere. For example, on Mars, where NASA wants to land a first spaceship in 2033. The journey back and forth will take six months – that’s nothing compared to our trip around the world!

PS: The Bionauts left Biosphere 2 as healthy as they entered. However, all a few pounds lighter. Maybe I also report as Bionaut?