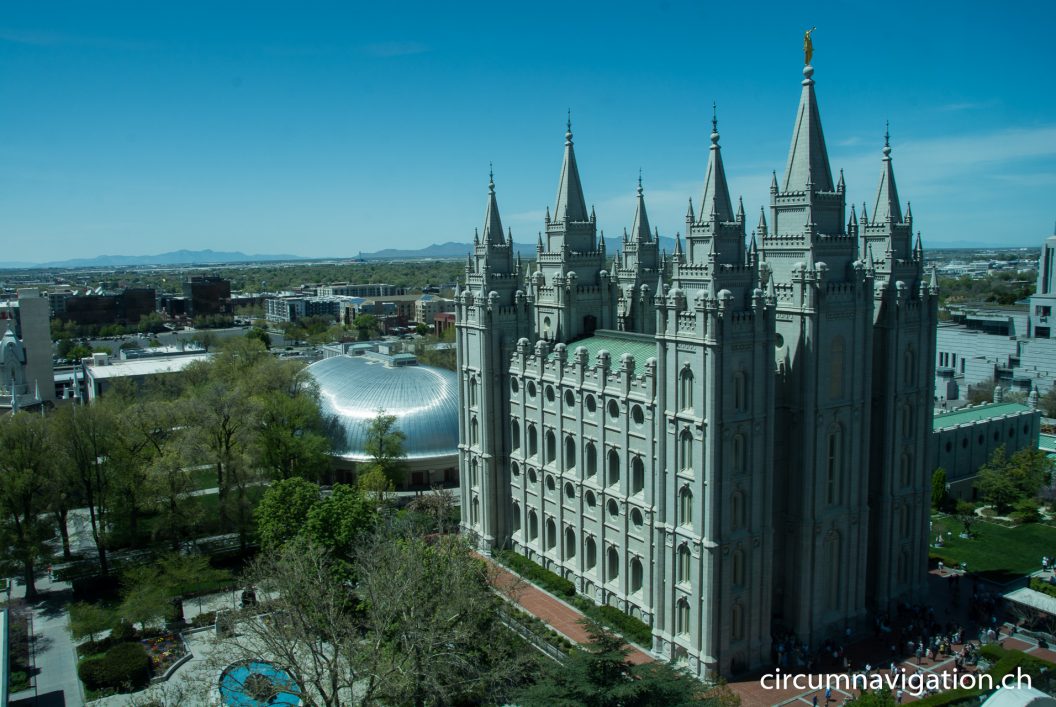 In 1805, a certain Joseph Smith was born in Sharon, Vermont. At the tender age of fourteen, he began to wonder what faith was right for him. During a prayer in a forest in which he asked for advice, he received a visit from two luminaries: God and his son. Jesus told him that all the religions that currently exist are not the right ones. And that he, Joseph Smith, should found a new religion. It was the one of the Mormons. (As far the saga, as told by the Mormons!)

One of the pillars of this new faith was that the «Prophet», Joseph Smith, did not forbid his fellow believers to have more than one wife. No wonder the Mormons and their leader were persecuted for that reason as well. To escape this, the Mormons moved in a trek and under the leadership of Joseph Smith in the Southwest of the United States. In the area of the Great Salt Lake they settled down. There nobody lived except some Indians.

Here the Mormons founded their capital, Salt Lake City. Here are her most important temple, the Tabernacle and the headquarters of this sect, known for its missionary zeal. We felt it when we visited the Mormon Temple. Again and again we were approached by “Sisters” who came from all over the world to serve for eighteen months.

The Mormons have now renounced polygamy. But the consumption of alcohol is still prohibited. That alone would be reason enough for me not to join this sect!