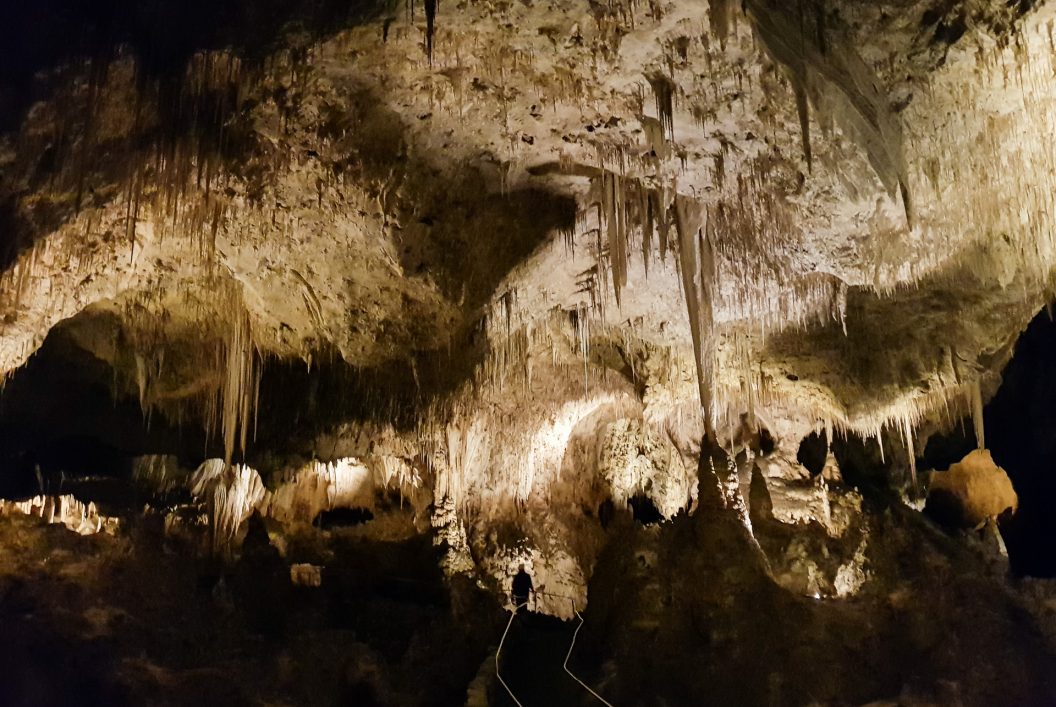 After three days we left the Big Bend National Park in a northerly direction. We passed Alpine, a village that make you think it lies in the snow mountains, but which lies in Texas instead. One day later, we left Texas and drove into New Mexico. Here another delicacy awaited us: the Carlsbad Caverns National Park. This cave system should be something of the best that you can see!

Well, we have caves in Switzerland as well, I thought. For example, the «Höllloch» or the Beatus Caves. But what we saw here was just spectacular. The geological history of the Carlsbad Caves began 265 million years ago, when this area was still under water. 15 to 20 million years ago, it was tectonic shifts that contributed to the emergence of this cave system. (The Carlsbad caves are the largest cave system in the northern hemisphere.)

There are indications that the Indians, who lived here more than 1,000 years ago, knew of the existence of the cave. Half a million bats, who live in another part of the cave, when they are not in Mexico where they spend the winter, know also about it.

Today, this cave system is part of a National Parc and since 1995 part of the World Heritage Site. By elevator it goes 230 meters down in the depth of the earth. If you step out, you are in a wonder world. To walk through you need more than an hour! And still more caves are being discovered nowadays! However, the Carlsbad Cave is worth more than one visit. Brigitta made two!