A karaoke evening on board 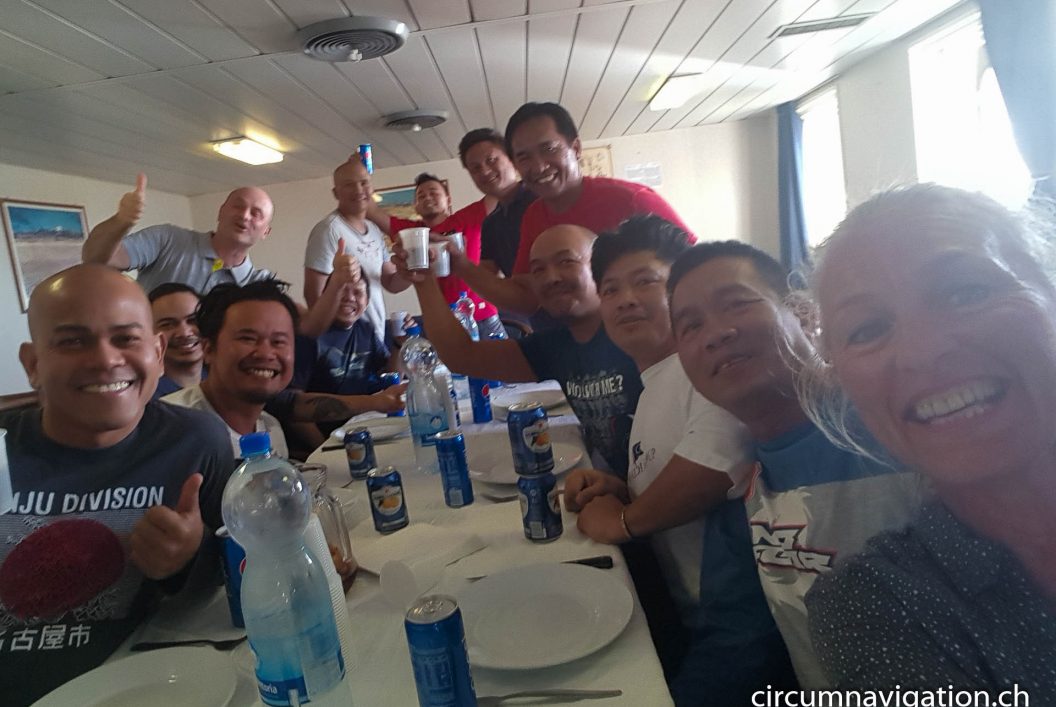 On Sunday, 12.11.2017, the crew rebuilt the officers’ mess for a barbecue, to which the captain had invited us the day before. The weather on this day was nice but stormy and the Grande Amburgo struggled with 12 knots through the high waves. We stomp along the Brazilian coastline, which is about 60 kilometers on the port side, and are still about 500 kilometers from the Uruguayan border.

After dinner, which started with a sangria and was rounded off by a gelati, we sat in the lounge, where the whole Filipino crew also were present. The loudspeaker and karaoke system were also installed here. I swear to myself, because whenever I see the word karaoke, I turn a blind eye to the place and leave as fast as I can. But today there was no escape! The Filipinos were real masters in this field and we applauded them for their performances. After an hour they all went back to their posts and our group suddenly sat alone in front of the karaoke screen. The next three hours, we worked as karaoke singers. We weren’t as good as the Filipinos; but what isn’t can still be until we land in Zarate – the day after tomorrow. Speaking of time changes: Yesterday we reset our clocks again by one hour, i. e. we now have four hours’ time difference to Switzerland.