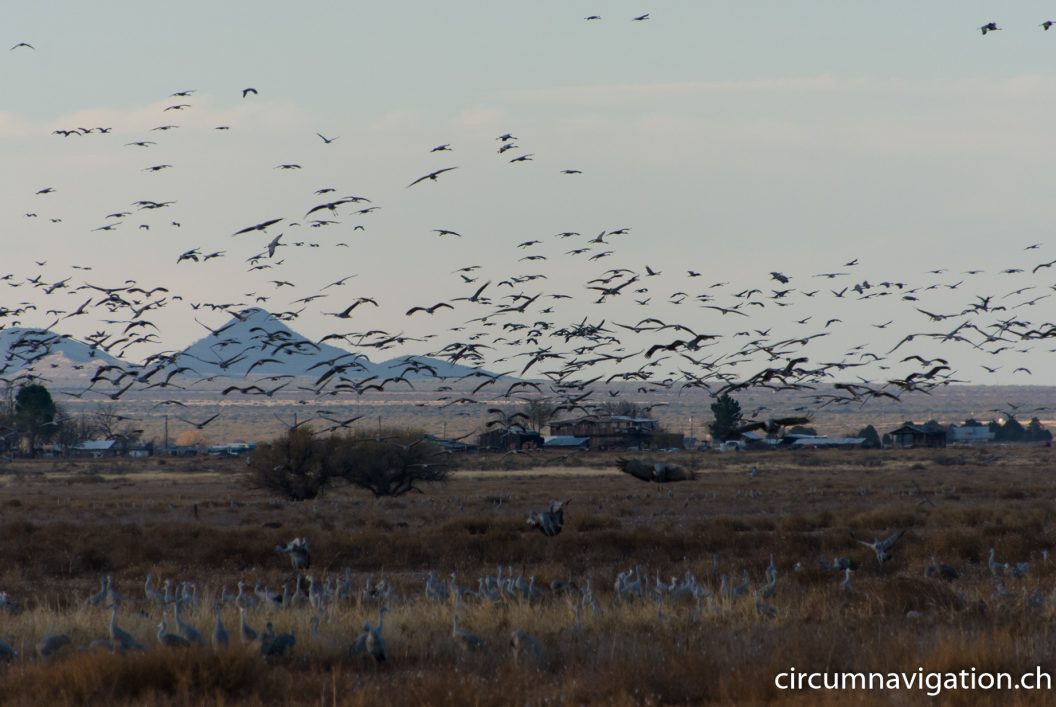 If you are interested in birds, then you know where there is something special to see. For example, in the Whitewater Draw Wildlife Area, in the south of Arizona, where more than 30,000 Sandhill cranes from Canada and Siberia spend the winter.

Thanks to GPS, we found our way straight to the destination, which is around forty kilometers from Douglas and Bisbee. On 11/15/2019, in the afternoon, we reached a not very spectacular marsh landscape. A sign showed that we arrived at the Whitewater Draw Wildlife Area. Were we really at the right spot? Only two other vehicles stood in the large parking lot. And cranes were not to be seen!

The picture changed as we went on foot to stalk. The cranes were not in the air. They stood on the ground for thousands upon thousands. Or in the water, which is pumped up here, because during this summer fell not enough rain. There was a chatter that you barely understood your own word. And that did not decrease even at night!

However, the biggest spectacle followed the next morning, when at dawn, at 6.45 am, thousands of cranes rose in the air to look for food in the surrounding area. With stiff fingers – it was biting cold in this early morning – I held my binoculars while Brigitta caught the spectacle with her Nikon.

PS. We came for the cranes, but we also saw snow geese and ducks. And finally, a Burrowing Owl.