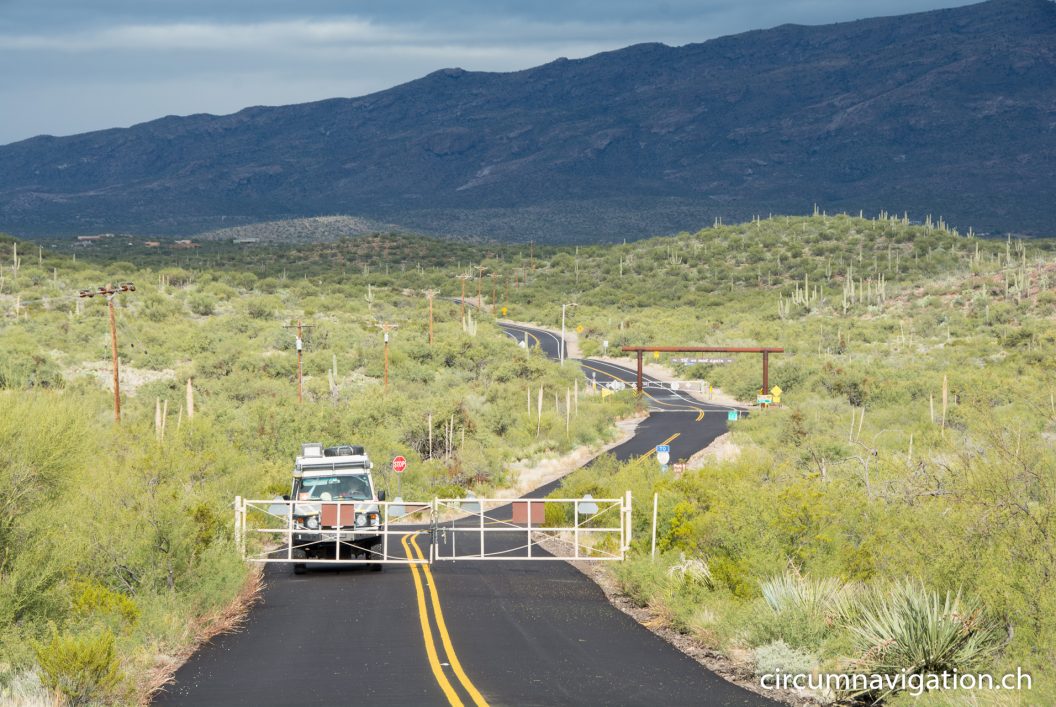 After the 400,000 km service on our car we left Tucson on four new tires and with two new batteries. A good feeling to get seated behind the wheel in the morning, turn the key and hear the engine hum.

Rain was forecasted for the next few days and so we drove south. But not for long, because soon it started to rain very heavy here as well. We decided to head back to Tucson and spend the days in the two beautiful Saguaro National Parks, which are located in the area.

On the return trip we made a detour to Collosal Cave. We passed an open barrier and found a place to camp shortly before it got dark. It rained all night, but luckily no more when we packed the next morning. Let’s change places! But that was easier said than done. The barrier that was open yesterday was closed! And there was a second one behind us which was locked as well. We were caught! What now? The only open path led to the ranch. There we met Dave, who smelled of alcohol. But Dave also had the key to open the lock and the barrier. We were free again. Thank you, Dave!

PS. Dave lived in Switzerland for twelve years, is married to a Swiss and has a Swiss passport. But he did not speak any Swiss German …