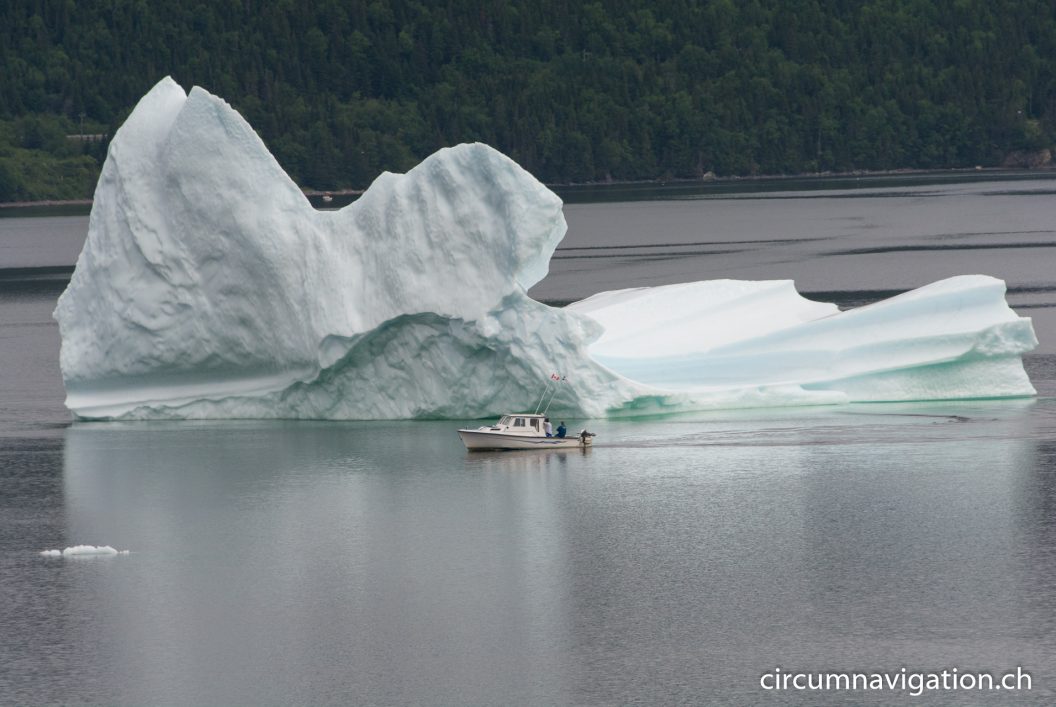 Newfoundland surprises us every day! Already two weeks ago we saw far out on the deep blue Atlantic a big, white object swimming. A cruise ship? As we looked a second time we realized that it was an iceberg! We wanted to see more of that!

So we drove to Twillingate, a small fishing village located on the famous Iceberg Alley. The name is apt, because until June icebergs from Greenland drift past here. They flow with the Labrador current south along the coast and past Twillingate. However, they did not do that on June 21st 2019, when we were there. We consoled ourselves with seeing an iceberg eleven years ago at the same spot. But that was a small consolation!

A little disappointed, we continued our journey after shopping in the Foodmarkt. (A lemon costs CAD 1.40 here, but it’s as long a journey as the iceberg from Greenland.) Towards evening we arrived at King’s Point, which lies on a long fjord. And in this fjord was actually a big, white iceberg! I could not have been more happy about it that day! The next morning we drove to the other side of the fjord, where the iceberg was stranded! Is Newfoundland not just wonderful?

More information about floating icebergs can be found here: Icebergfinder