Along the Rio Baker 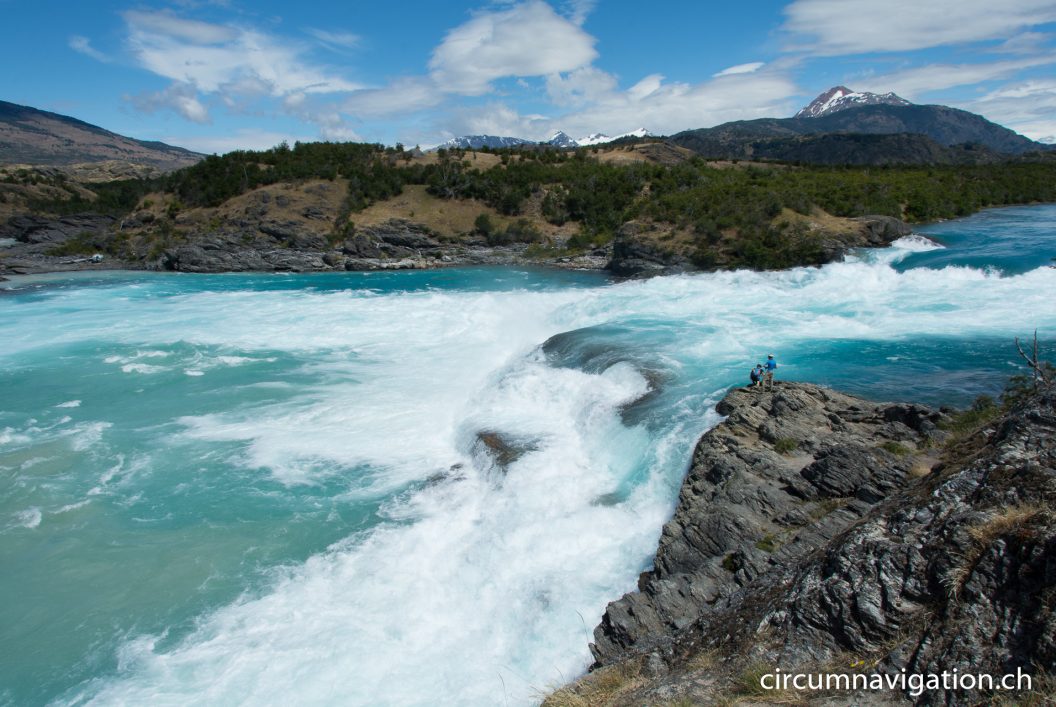 On our way from Cochrane to Coyhaique, which is 330 kilometers further north, we drove along the Rio Baker. A river that pleases not only fish (trout and salmon) and fishermen but also us. It is one of the most beautiful rivers we have ever seen. And he flows through a landscape as spectacular as he is.

The Río Baker is only 170 kilometers long, but it is the one with the highest water supply in Chile. It rises in Lake Bertrand, which is as beautiful as the river whose father he is. Lake Bertrand, on the other hand, passes through a narrow drain from Lake Buenos Aires, which on the Chilean side carries the name of the former General Carrera. The river runs southeast of the northern Patagonian ice field and flows into a Pacific bay near the settlement of Caleta Tortel.

No wonder they think about to dam up the river. The ENDESA, a spanish electricity company, plans to build a 2400 MW hydropower plant. The project is in the planning phase, but there are already protests from environmental groups. (The late eco-entrepreneur and environmental activist Donald Tompkins – founder of the Esprit and North Face brands – was one of those who responded early.)

As always with such projects, which require massive interventions in nature, there are also two sides here. One thinks of the opportunities offered by increased power generation for this region which is neglected by Santiago. The other sees above all the damage that is caused. Something that could also have a negative impact on tourism, of which this region lives above all else.