Guanacos instead of Camarones! 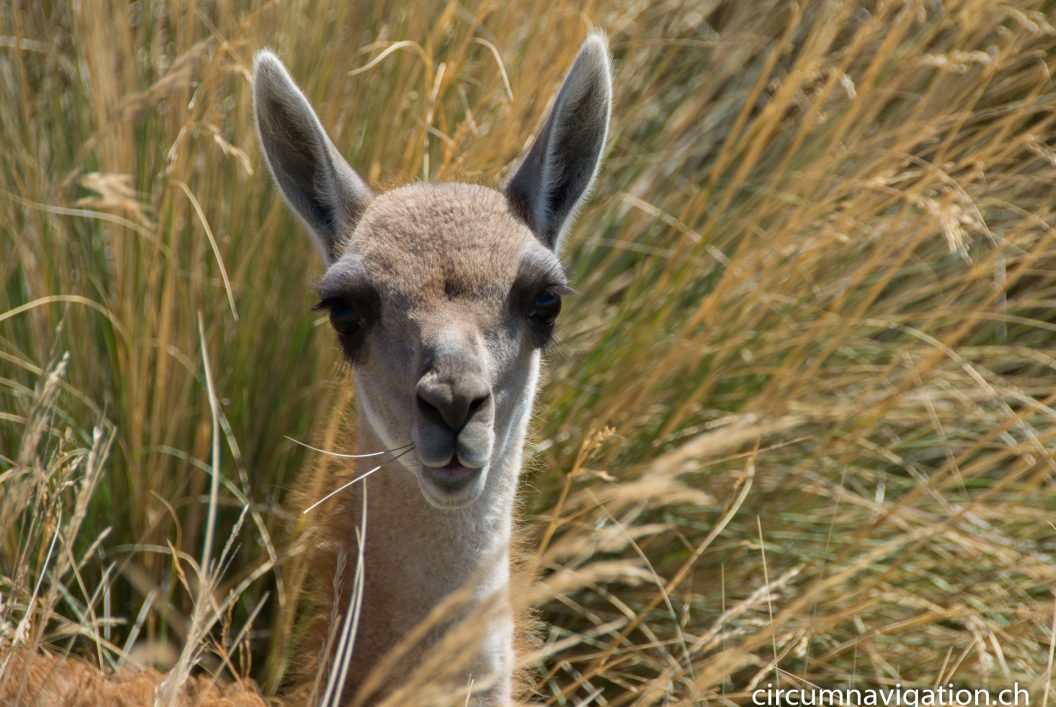 From Puerto San Julian we followed the coast. Once again, we preferred a track. It led us several hundred kilometers along the coast. Fantastic! In the following days we met no more than half a dozen vehicles! The night at the Bahia Laura will be unforgettable. We had a beautiful stone beach for ourselves. (Brigitta has certainly collected a kilogram of stones that she wants to take home!) A fisherman wanted to give us a roballo; but our fridge was too small!

Mahangu had earned a service in Comodore Rivadavia. The speedometer showed 327,000 kilometers; it was time to change filters and oil. In addition, he got a “fat cure”, that is, he was completely lubricated. Then we continued our drive towards Peninsula Valdez. That means a detour of 1’000 kilometers. But what is it, if you know that you can meet orcas there, that hunt for a seal! The thought about it was like an appetizer!

Of Camarones, a small port town we had only fond memories. I ate the best shrimp cocktail there in 2001! So, what could be better than inviting Brigitta to a crab treat? But nothing came of it – there is no season for Camarones at the moment. We compensated with a visit to Cabo des los dos Bahias. There we saw penguins, sea lions, waterfowl and gunanacos. One looked quite true hearted into the camera of Brigitta! (Guanacos could never be domesticated unlike llamas!)