SALMON UNTIL YOU DROP 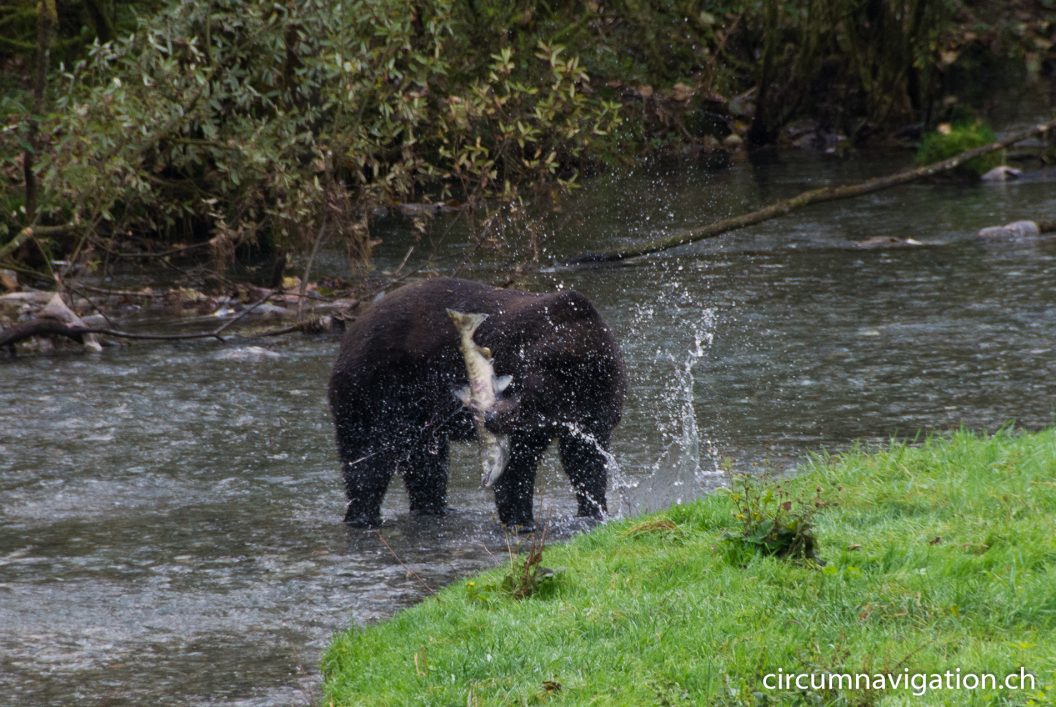 Brown bears love to "play" with their Salmon!

We had spent the night on the banks of the Salmon River, after making a detour to the glacier the night before. Luckily, because this morning the sky was gray and it was drizzling.

Today we witnessed why the river is called Salmon River. And why grizzlies, black bears and ospreys arrive here at this time of the year. Not to forget the seagulls. They are all after the salmon that spawn here and then die. Five to seven years after they were born in this river – after a trip to the Pacific – the salmon return to their birthplace. The female salmon lay up to two thousand eggs in the riverbed, which are inseminated by the males. And then it’s over! It was not a pretty sight to see thousands of salmon – up to 20 kilograms and 50 centimeters long – dying or already dead in the water. Some still lived and swam upriver with their last strength to find a place to spawn.

It was nicer to see a big grizzly frolicking in the river and hunting salmon. He was very picky and sought a particularly fine bite. He grabbed several salmon with his muzzle and shook it before plopping it back into the water. With a capital chunk between his teeth, he finally went to the shore, where he ate the salmon. Had I been in the mood for salmon, it would have passed me by this sight

PS: Tonight I’ll ask Brigitta to cook us Spaghetti with Gorgonzola sauce! Everything, just no Salmon!