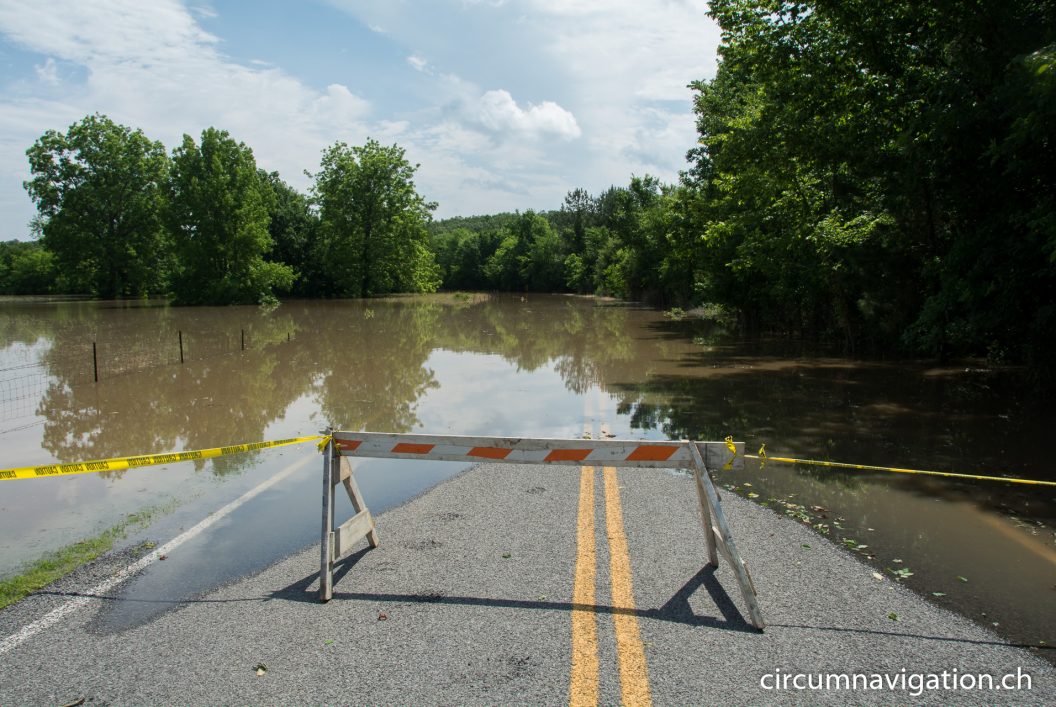 As if snow, ice and sleet were not enough, in Arkansas we experience the effects of many days of rain in the southwest. Already on the drive through Nebraska we saw huge, shallow lakes where else cattle graze. Often, only a few pillars from the fences looked out of the water.

Some cattle seemed to appreciate the unfamiliar bathing possibilities offered to them. We saw calves and cows standing up to their belly in the water. More problems for the farmers whose fields lie under water.

Small rivulets become rivers; and rivers to raging streams with tree trunks in it. The further south we came, the more brown and wider the streams became. In Arkansas, the namesake river flooded huge tracts of land to both sides. In some cases, roads are flooded and blocked. (We had to turn back twice already because the road was closed!)

The highest water level is announced in Arkansas on May 28th. After that, the tide should decrease. At least when it does not start to rain again in the north. We were happy to cross the Arkansas River at Little Rock on a bridge forty meters above the water. The river has left its bed and is probably three times wider than normal.

Wherever we look there is water on both sides of the road. But not in the Ozarks Mountains which are a few hundred meters higher. But we have left them some days ago. Here the area is flat like a pancake. We are only sixty meters above sea level. The temperatures are over 30 ° C; and it is humid. Not our climate!

How beautiful it was in the north: Cold, snow and ice. But no mosquitoes!