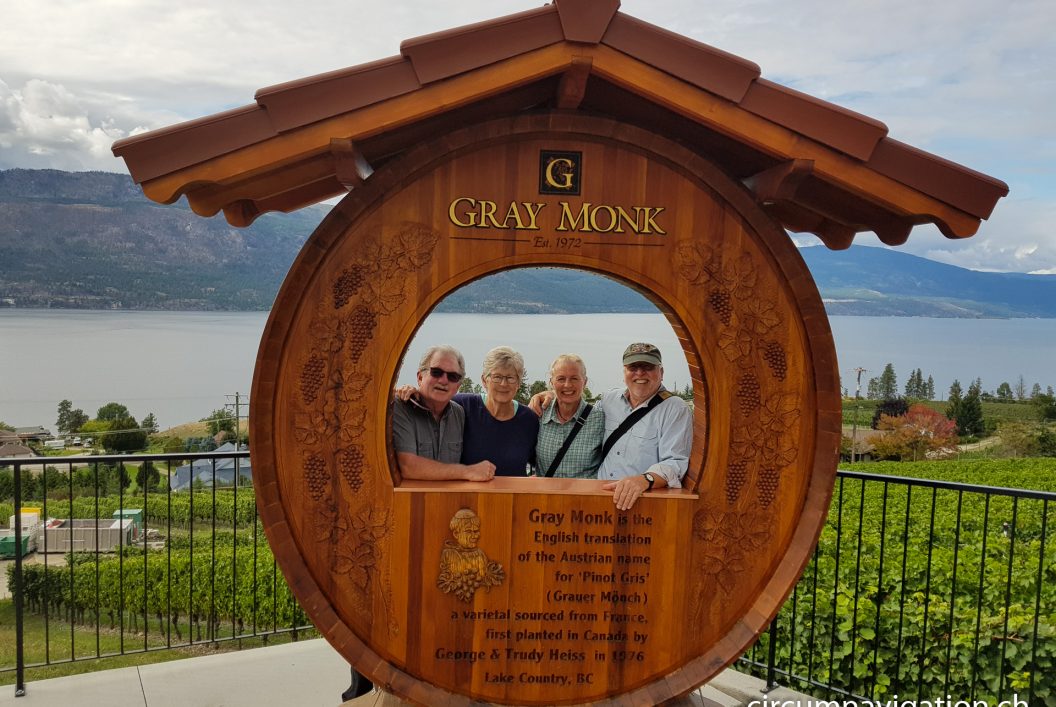 With Donna and Wayne at the Grey Monk Winery!

For example, Tracey and Bill, whom we met 2012 in Sikkim, India. We never lost contact with them. Eleven years later, on our Bucket List Tour, we visited them in Rhode Island, where they live. We met Kathy, from Salt Lake City, in November 2018 on a trip to the Falkland Islands and South Georgia. She invited us to Salt Lake City where we visited her in June 2019. Kim and Pat, from Ontario, we met 2007 when they were on their way to their cottage. We met again in the summer of 2019. Karol, a Canadian with Polish roots, we met in 2007 in Edmonton, Canada, where he handled the 70,000 km service our car. When we meet him again in 2019, he lives still in Edmonton, but now works as a nurse. We met Donna and Wayne at the turn of the year 2006/07 in Chihuahua, Mexico. Eight months later, we visited them in Vernon, British Columbia. We did the same thing 11 years later, in September 2019, and spent a few nice days with them.

PS: Bill, a Canadian Lancaster pilot in World War II, and his wife Helen, a nurse, we met in 2006 in Olinda, Brazil. Unfortunately, there will be no reunion with them – they have both passed away.

(Written in Kettle Valley, BC, Canada)