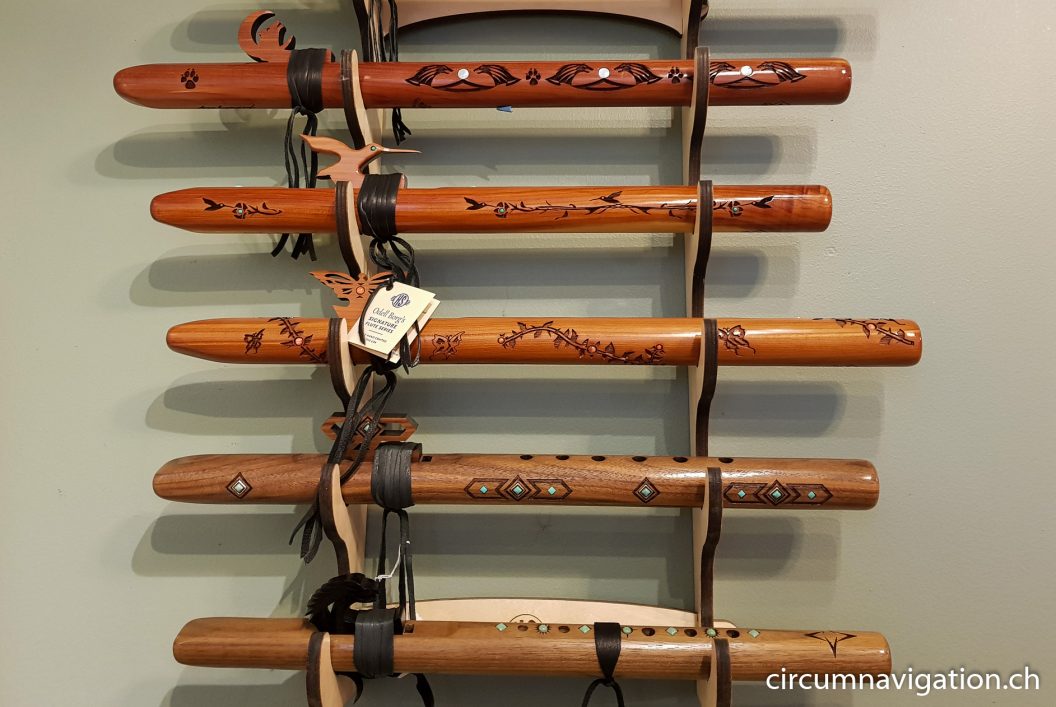 Signature Flutes: Top of the Line

It’s been several months since Brigitta bought a Native American Flute in a national park in New Mexico. Since then, she has become an enthusiastic flute player, who has a listener who does not distort the face even when playing false notes. These moments, however, are becoming rarer and Brigitta’s flute playing is getting better and better! (There is nothing more touching than sitting under the stars and listening to flute sounds!)

On 11/18/2019 we reached Patagonia, a small village about eighty kilometers south of Tucson. It was here that Odell Borg, a Native American, started producing high spirits flutes in 1990, which are now world famous: High Spirits Flutes,

We found the small production site without much searching and were greeted warmly by Dany, a co-worker. The next two hours we spent in the showroom, where Brigitta tried one flute after the other. It was difficult for her to choose, because each has her own character and tone: A, B, C, D, E, F or G. When we left Patagonia, we had three more pieces of luggage on board: one of them, a Humming Bird Signature Flute, was my birthday present for Brigitta!

PS. I was not good at both arithmetic and singing and never learned to read notes! But Do-Re-Mi-Fa-Si-Do are a concept to me!