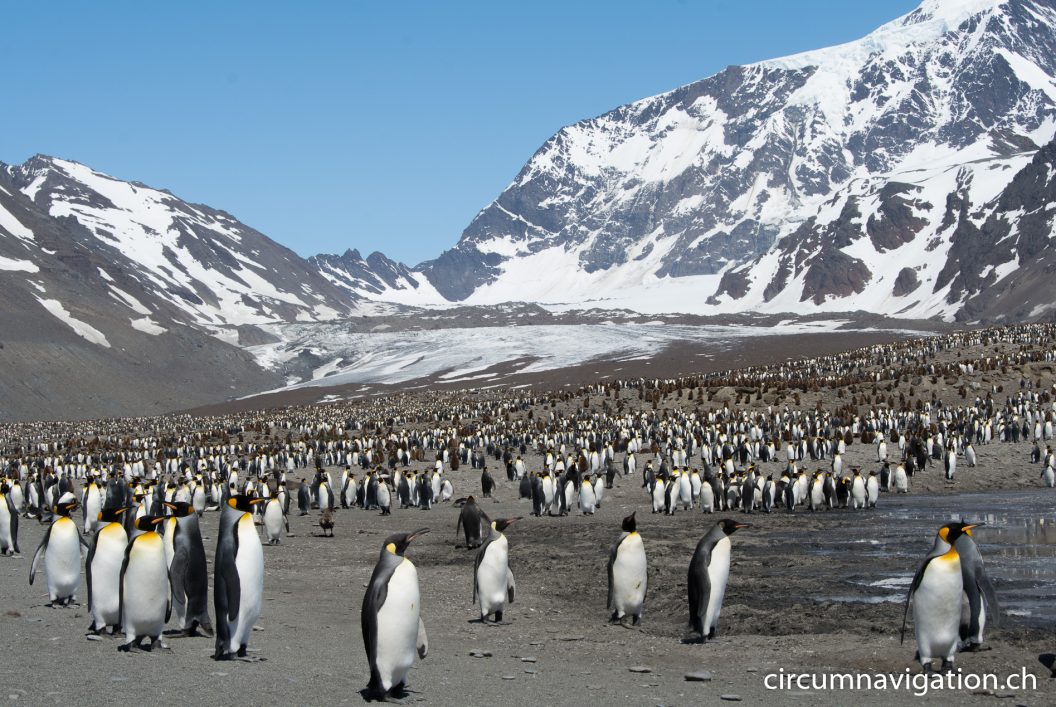 1st December 2018, aboard the Ocean Adventurer, South Georgia: Since we left Ushuaia more than a week ago, we had nice weather. That changed today. When I looked out the porthole at 5 o’clock I only saw gray in gray. There was no sign of the snow and ice-covered mountains we admired yesterday. Once again I felt confirmed in my life motto: «It’s better if it’s beautiful!»

When we landed with the Zodiacs at the Salisbury Plain, we expected a special spectacle! There are 60,000 king penguins nesting here and their number grows up to 230,000! It is the second largest king penguin colony in the world. (The largest one is also on South Georgia) On the shore, we were greeted by sea lions, who threw themselves in postur, to impress us. But we liked the many, many, many king penguins, who stood on the beach and seemed to expect us. They approached us curiously in their typical waddling gait. They look more elegant when speeding through the water.

The penguins stood far into the interior of the island and on the slopes. Wherever we looked penguins: young ones in their brown, plush plumage; those who are in the moult and get a new dress and couples who brought food for their young. We were fascinated, walked for hours through the colony and marveled. And the penguins admired us. From time to time, a young king penguin begged for food. We would have liked to take one of them on board …