POLAR LIGHT ON THE DEMPSTER HIGHWAY 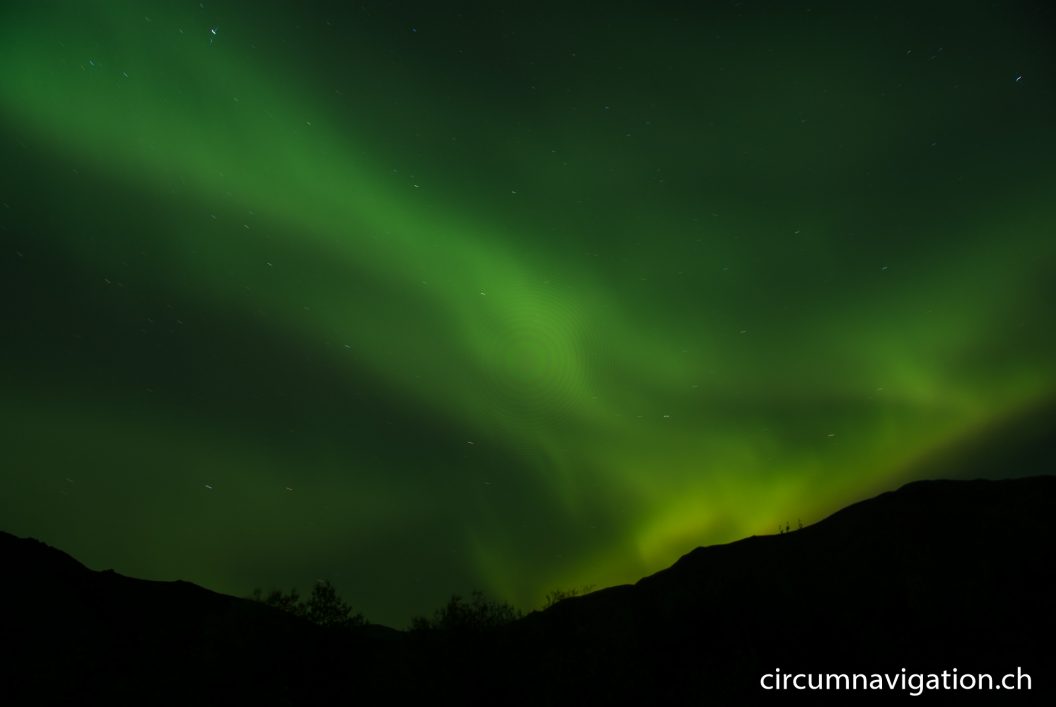 After a few hours in Dawson City, which we knew from our first trip, we said goodbye to the Gold City on the Yukon River. We drove forty kilometers back to where the Dempster Highway branches off to the north. A narrow bridge led over the Klondike River. After that, the tar passed into gravel. The next 578 miles to Tuk would stay that way.

The scenery was beautiful. The forest sparkled in all the fall colors; from deep red to yellow, brown and green. Again, and again I had to stop, so that Brigitta could take pictures. The later the afternoon, the better the light for taking pictures. It was time to find a place to stay. In the Tombstone National Park all seats were occupied. We drove again for half an hour until we found a beautiful place on a small river.

We were looking forward to this night. Also, because we hoped to see the Polar Light for the first time in our life. It was new moon – the chances were good! We set the alarm clock at 1:30 am and slept at 10:00 pm, although there was still dim light. When we looked out to the roof hatch at 1.30 o’clock, the northern lights illuminated the sky! It just looked gorgeous and mystical. Also, a bit spooky! (The aborigines thought it was their dead who were dancing in the sky!)

PS: How exactly the phenomenon of the Aurora Borealis arises, scientists don’t know today with absolute certainty. What is certain is that it has to do with solar activity and the earth magnetosphere. (Wikipedia)