AS GOOD AS SWISS CHEESE! 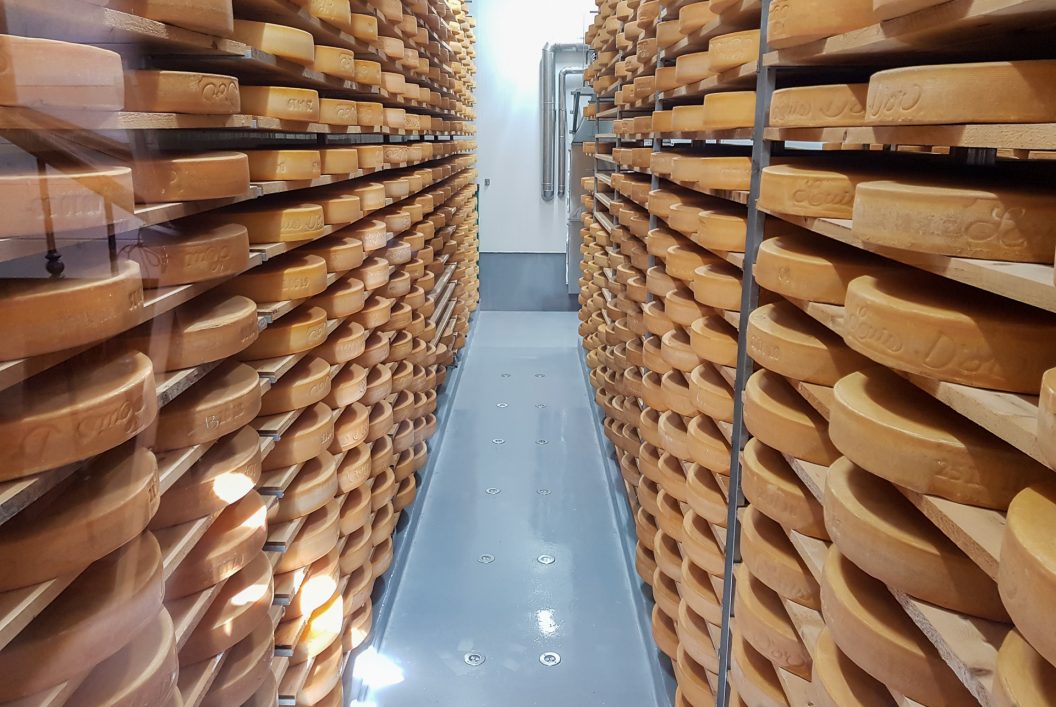 After two days in Quebec, we moved on. On secondary roads we drove through a green and fertile area. We passed big farms and huge fields; the corn was high and the barley was golden yellow. (I could not help but think of my grandfather’s small farm in Switzerland!) But in Canada, the second largest country in the world, everything is bigger. There are a hundred and more cows in their stables when they are not out in the pasture.

We approached the small village of St. Elizabeth de Warwick. Here, we read, should be a Fromagerie, whose cheese wheels are kept in a church! Shortly after we came to the sign that pointed to the Fromagerie Presbytère. The church was unmistakable. Since we knew what to expect, we stepped inside without hesitation. It smelled like cheese and not frankincense and myrrh! We were standing in a cellar where 400 cheese wheels of 30 – 40 kilograms were stored on racks. They were taken from their storage location by a fully automatic machine – of course from Switzerland -, the bark washed with salt, then turned and transported back to their place!

The smell and the sight were mouthwatering. Even more, when we saw the cheese in the adjoining shop. We bought as if it were banned the next day. The menu on 6th August 2019: «Gschwellti mit Chäs» (Jacket potatoes with cheese)