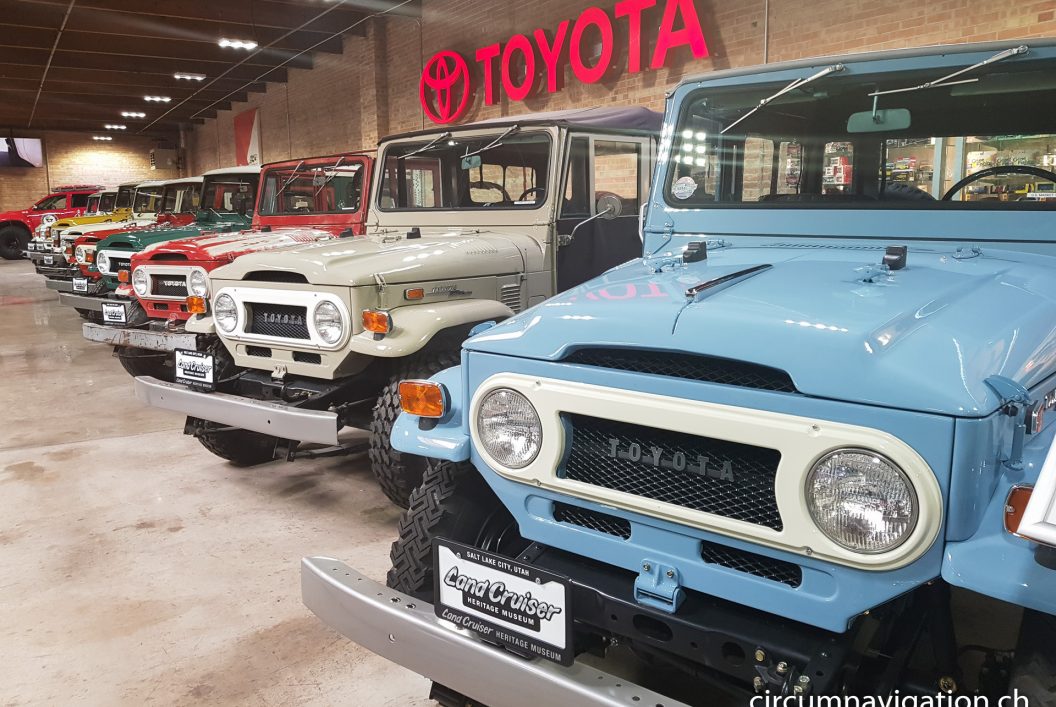 On May 1st, it was a beautiful spring day, we reached Salt Lake City, the capital of the state of Utah. SLC, as the locals call it, is also the stronghold of the Mormons, an American sect. The city is riddled with Mormons temples and churches.

But these were not the destination we targeted on the day we arrived. Our destination was the Land Cruiser Heritage Museum, of which Brigitta had read in the iOverlander. We missed the museum at the first attempt, because it is hardly marked outside. (We were told later that it want to stay as anonymous as possible, so you are not the victim of burglaries!).

After we asked a passerby for the museum, we also found the entrance. What kind of world opened up to us! We were amazed and astonished! There were ancient, over 60-year-old models that were still used in the Korean War. Some looked at their past; rust had gnawed at the body on some models. And the seats didn’t look new either…

But most models presented themselves in top condition. The Land Cruiser shone like new even though they were over a dozen years old. In the collection only the HZJ 78 model was missing! But that stood outside and waited for us to continue our journey …

Have a look at: Land Cruiser Heritage Museum