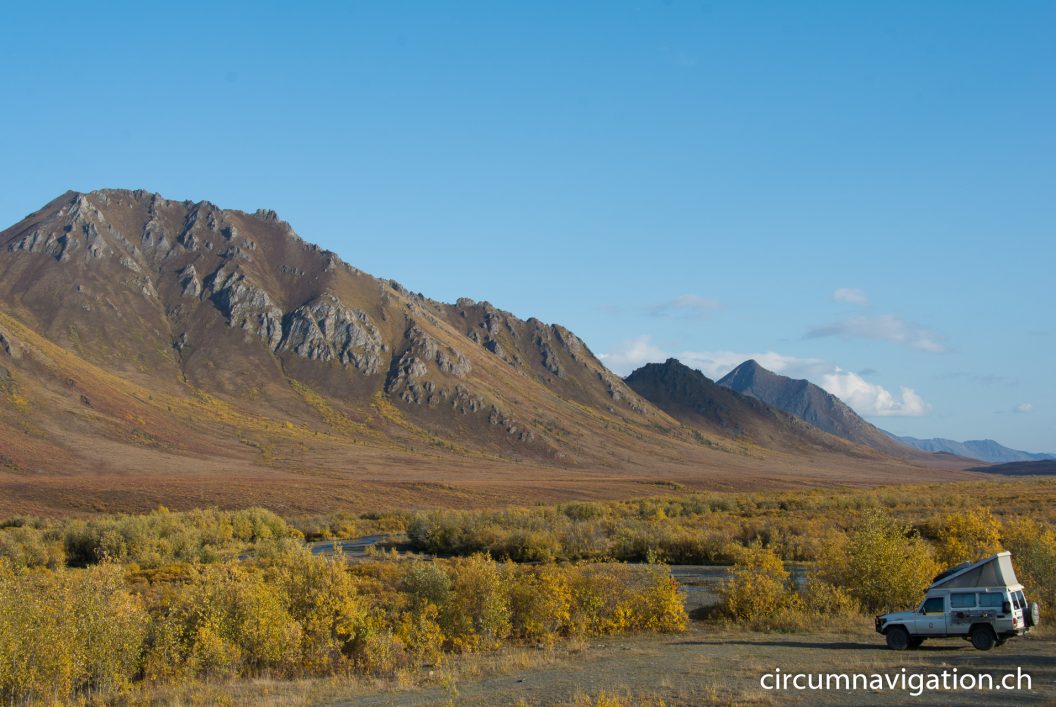 If Yukon is something, it’s big. Almost bigger than life. This province is TEN times the size of Switzerland. Ten times! However, only 40,000 people live here. So it has a lot of space. A good that is getting scarcer in Switzerland every year. (I remember my school days when we learned that Switzerland has 5 million inhabitants, today there are 8.5 and the country has not grown bigger.)

We left Yukon two weeks ago and are now in the province which calls itself Beautiful British Columbia. It’s true: British Columbia is beautiful. But more special is the Yukon! We will think back to that time up there for a long time …

PS: In addition to the beautiful memories of the Yukon we take from the north of Canada also four additional holes in the windshield! Reminiscent of driving on gravel roads!

(Written in Vernon, BC, Canada)