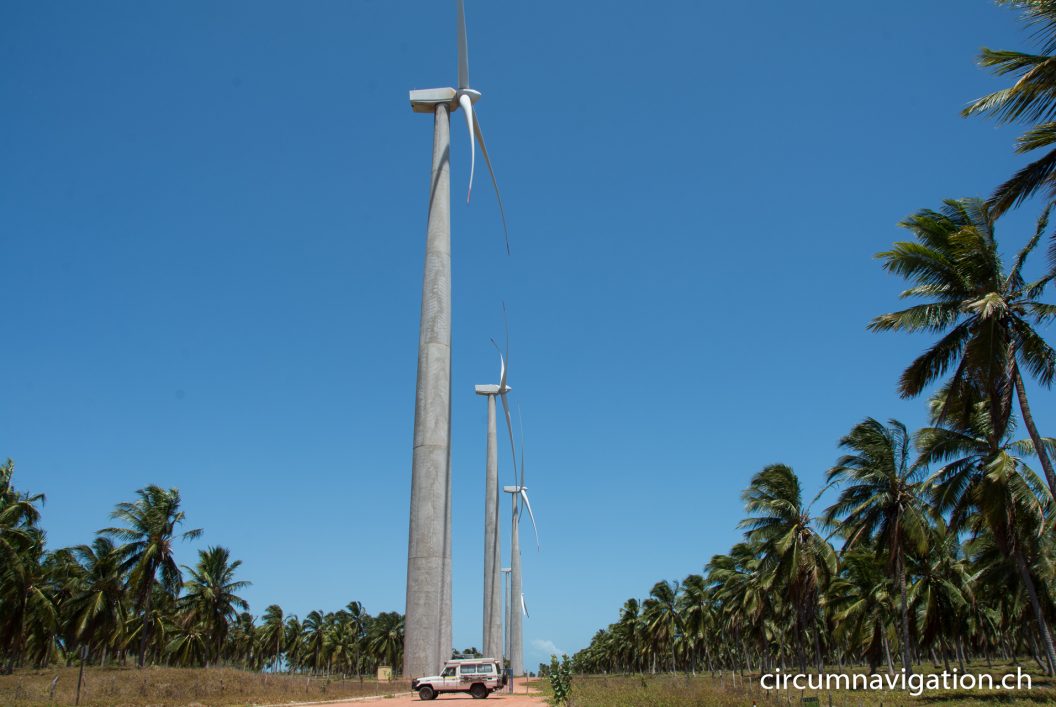 When we travelled Brazil 2007, we followed most of the coast from Rio de Janeiro to Belem. At that time, we noticed many beaches, often with palm trees, for which the country is famous. And then we also stopped at one or the other and enjoyed the beach life.

Many of these beaches are still beautiful eleven years later. However, it is obvious that the construction and tourism industries are also getting down to business here. On Brazil’s coasts the same sins are repeated that were committed on Spain’s Costa Brava in the sixties of the last century. Concrete blocks and oversized hotel complexes are beginning to disfigure the coast; or have already disfigured it. A particularly bad example is Lagoinha. But they still exist, the more or less untouched fishing villages along the coast. We liked Flecheiras best. Canoa Quebrada, on the other hand, is – like the more famous Jericoacara – on the descending branch. In both, tourism takes over, which destroys much of the ambiance of this once nice places.

What has changed fundamentally is that practically the whole coast from Natal to Sao Luis is dotted with huge wind generators. (According to sources, Brazil generates almost 50 % of its electricity from renewables). We were fascinated by these huge «windmills», which often stand in sand dunes or palm groves. In contrast to nuclear power plants – Brazil has only two working – they emit something sublime.